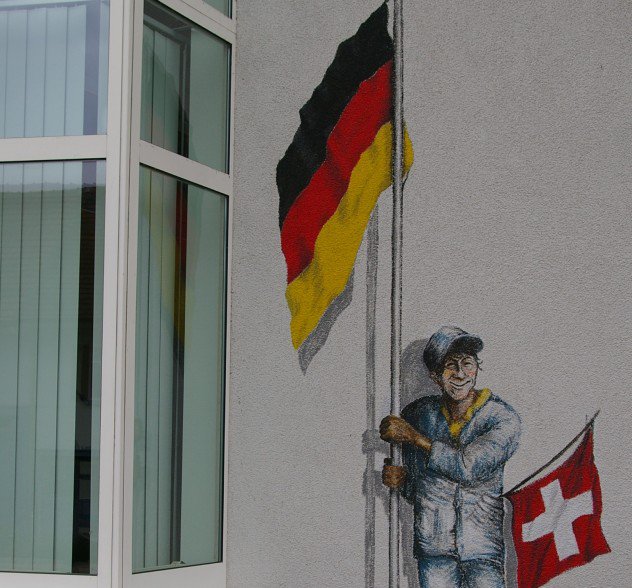 The town has an unusual location, it is separated from mainland Germany by a narrow strip of land, which measures about 700 meters (765 yards) at its narrowest point. Busingen am Hochrhein is more of a Swiss town than a German one. It also enjoys public services from both Switzerland and Germany. It has a Swiss postal code (8238 Busingen) and a German postal code (78266 Busingen). It also has two telephone codes: +49 7734 (for Germany) and +41 52 (for Switzerland).