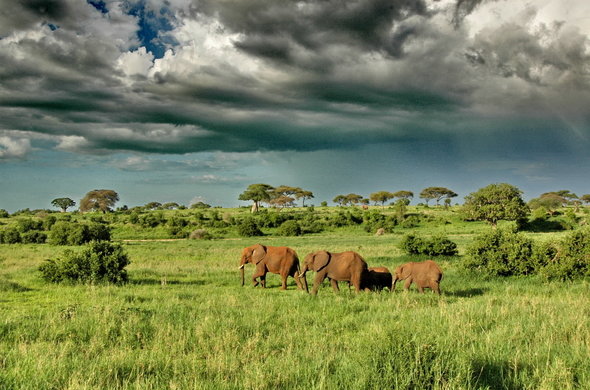 Tarangire National Park is probably Tanzania’s most underrated park. This park is used as a stop over point on the way to or from the Serengeti. It is a special area, a bird watchers paradise and in the dry season many animals are attracted to the area as it has a year round water supply along the River Tarangire. There are some wonderful camps here such as Swala Camp and then the magnificent Oliver’s Camp in the wilderness area of the Park. The park is most legendary for the large concentration of elephants and the huge baobab Trees that dominate the park.