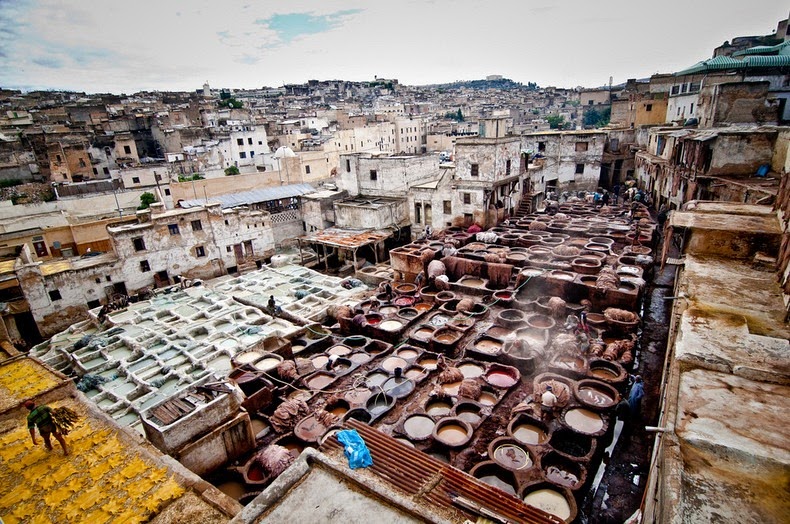 A visit to the souks will lead to a visit to Fez’s famous tanneries, where one of the oldest arts in the world is practiced to produce the soft leather do characteristic of Morocco. You’ll need a strong stomach for the smells given off during curing, while you look down on the fascinating tanners’ yard and its impressive vats of different colored dyes and piles of skins. Open 9-6, admission free. 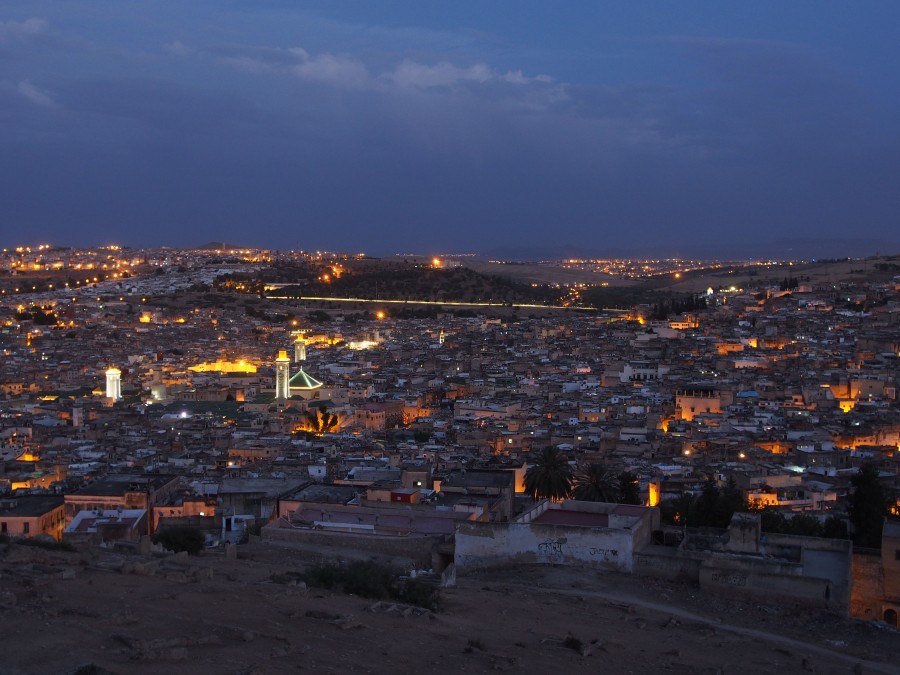 The best vantage point over the ancient walled city is from the ruined Merenid Tombs on a hilltop to the east of the city. From here you can see the skyline with its profusion of satellite dishes, and a general mass of palaces, green-roofed holy places, the tanneries, as well as the adjacent Karaouine Mosque. 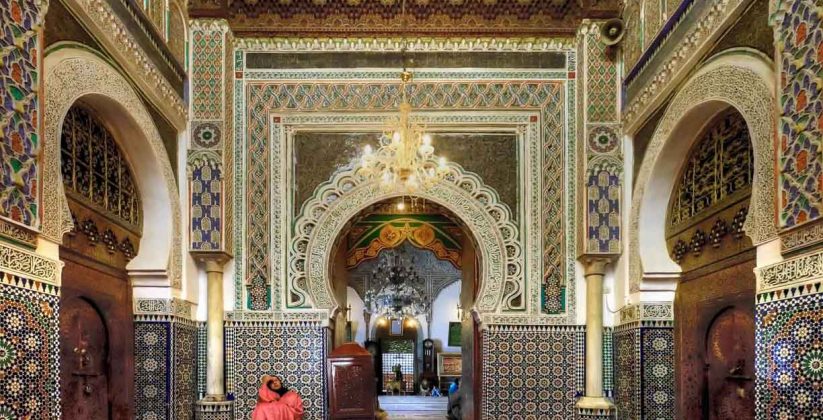 In the depths of the old city sits the shrine that houses the remains of the founder of the city of Fez, Moulay Idriss II. It is one of the holiest buildings in the city. Non-Muslims may not enter, but you can glimpse inside to see the saint’s tomb, which is receives constant devotional visits from groups of women who burn candles and incense.