Ever since the man could walk, he traveled. At first, we traveled to escape harsh climate and find food, but as we evolved, we started traveling for fun. Thus appeared travel destinations and travel guides. As time passed, more and more people started traveling to various locations, for the landscape, traditions and thrills.

Here are a few travel locations that are sure to give you your thrills and kicks, somewhat like a top five, I guess, but don’t trust me – go check them out yourself out! 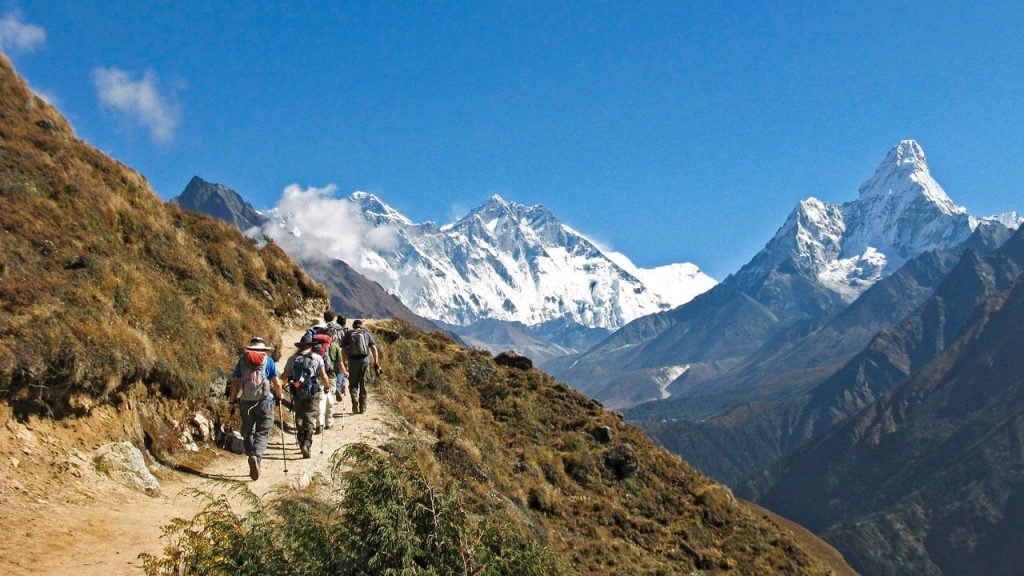 By far the greatest mountain range in the world, the Himalaya have captured the imagination of philosophers, mystics, mountaineers and empire builders from the earliest ancestors of contemporary Hindus and Buddhists to the present day. Mount Kailash, home of the greatest of the gods, and Meru, centre of the Hindu and Buddhist universe, rise from their surrounding ridges of the central Himalaya. From the high slopes to the foothills, people have carved out an often-meager existence in the harshest of environments with determination, subtlety and imagination enriched by powerful cultural identities.

Tribal peoples living often at high altitudes have made their living from their tough environment through trade over the highest passes in the world, while farmers have developed agriculture on the man-made terraces of the warmer, lower-lying valleys and hills of the southern ranges. Although the mountain environment gives a common character to the whole region, each hamlet has its own identity. The villages of the arid high-altitude plateau of Ladakh could scarcely be more different from the homesteads of the monsoon forests of Arunachal Pradesh.

Just three degrees south of the Equator is the 5,895m (19,340ft) high, permanently snow-capped Mount Kilimanjaro, Africa’s highest mountain. It offers one of the best opportunities in the world to climb a peak at high altitude without needing technical climbing ability. Any normally fit, healthy person prepared for some physical exertion and exercise should be able to complete the ascent to Uhuru Peak, which involves approximately 70 kilometers of walking in total, and no technical climbing. 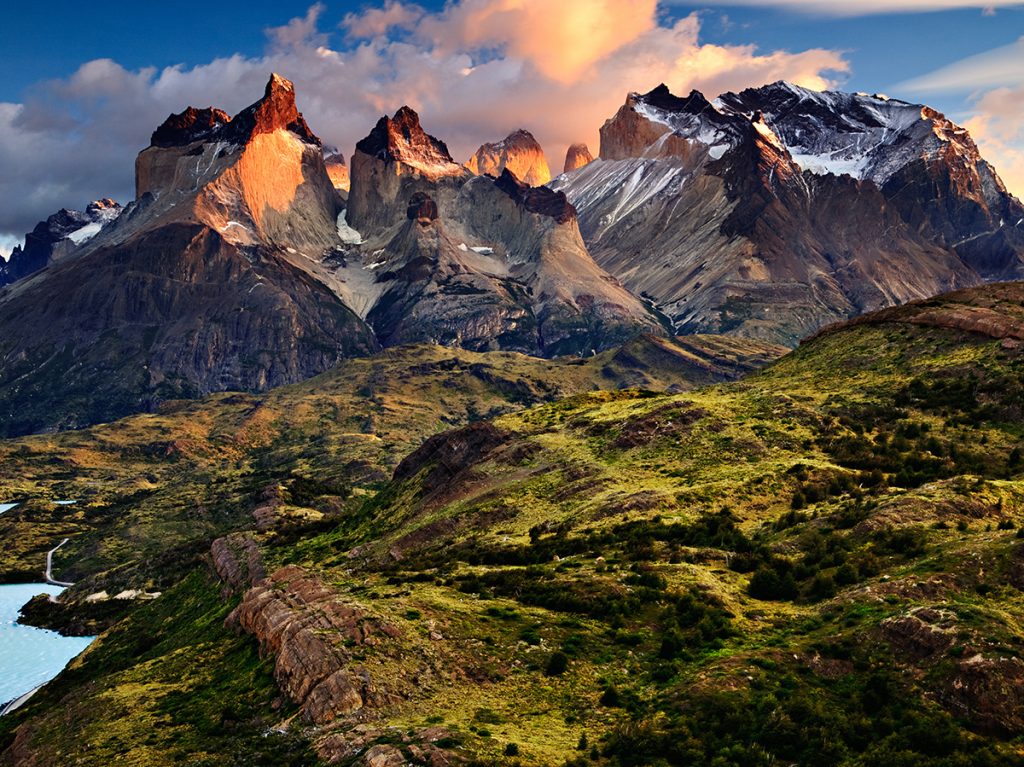 Near the fjord area of Tierra Del Fuego and the Beagle Channel one may visit the famous Torres Del Paine National Park on the southern edge of the Patagonia Ice Cap. The area is easy to get to from Punta Arenas with transportation of buses, taxis and minibuses. It is possibly the most famous national park in South America with 60,000 visitors last season. It is some 100 km north of Puerto Natales. A 2422 sq. km park was given the World Heritage status in 1978 by UNESCO.

It gets it’s name from three wonderful and very prominent polished columns of pink granite, the Towers of Paine (Torres Del Paine).

Here you may go backpacking and trekking, or you can join programs to do the mountain climbing as well. Nandu and Guanaco (Ostrich and Alpaca like animals) are frequently seen in the park refuge. There is a broad diversity of fauna y flora. Backpackers should have experience with overnight trips in rough country; those who desire to make ascents should have mountaineering ice and snow climbing experience. 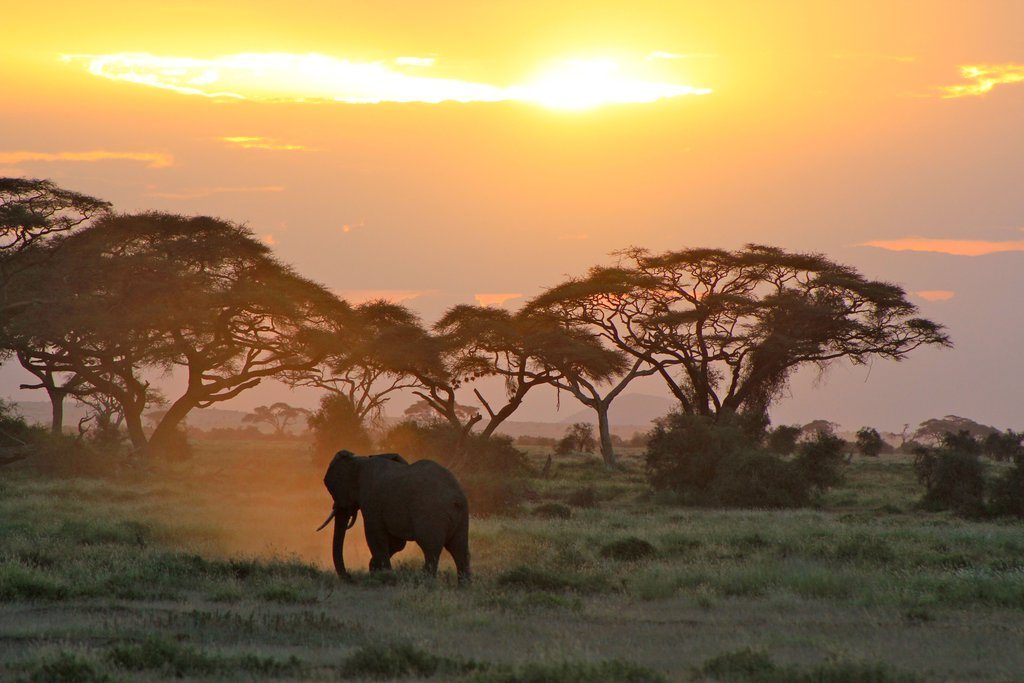 Amboseli National Park is one of Kenya’s most popular parks because of the stunning view it displays of nearby Mount Kilimanjaro, the world’s tallest freestanding mountain. When you go on your Amboseli Safari, be sure to get the famous photograph of elephants with the unforgettable views of Kilimanjaro in the background!

Streams from Kilimanjaro surface in the centre of Amboseli, creating swamps that attract and support a rich diversity of wild animals and birdlife.

As Amboseli is easily accessible, it forms a popular part of many of our safari itineraries.

Amboseli is one of the smaller game parks in Kenya and the vegetation ensures that the animals are easy to spot. Lions can easily be found and can occasionally be watched stalking their prey.
Buffalo, zebra, giraffe, gazelle and other plains game are plentiful in the park and hippos live in the open waters and swamp channels. The elephants found here are surprisingly relaxed around safari vehicles; they were largely unaffected by ivory poaching and have some of the largest tusks.

Nothing beats the experience of adventure travel, so pack up your rucksack and give it a go!