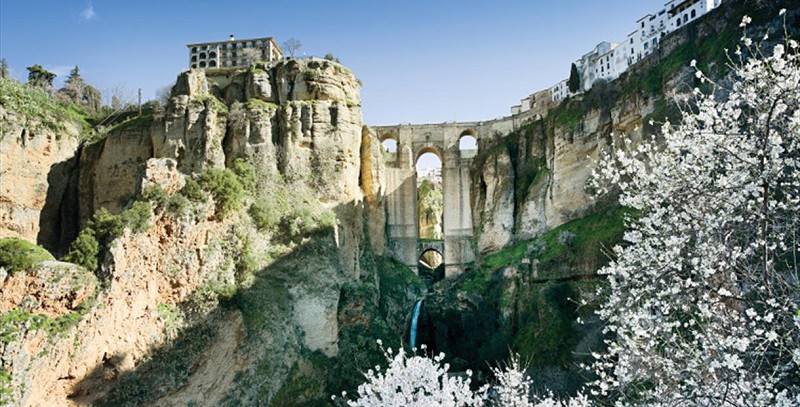 The pretty and historic Andalusian town of Ronda can be reached within an hour’s drive of Malaga. An interesting route worth following is the Sierra Bermeja road, which cuts through the mountains, offering stunning views.

The town of Ronda is famous as being the birthplace of modern bullfighting and to this day showcases the best local talent at the Feria Goyesca in September. Here matadors dressed in their traditional finery battle it out against a bull on foot. The rest of the year you’ll find that the bullring is an outdoor museum where visitors are allowed to wander around freely, imagining the gladiator-esque battles between man and bull.

More sedate attractions in Ronda include walking tours of the charming old town. A stroll through Plaza Duquesa de Parcent is one way to absorb the town’s architectural highlights. Here you’re guaranteed to get a good photo of interesting structures like the belltower of the Iglesia Santa Maria de Mayor and the dramatically arched Ayuntamiento building. From here, it’s possible to walk to Ronda’s famous Puento Nuevo Bridge, which offers spectacular views of the plunging El Tajo gorge.