The idea of partying on the beach is universally appealing, conjuring up images of dancing from sunset to sunrise on golden sands, with bonfires, great music, crashing waves and cocktails in the mix. From Ibiza to Miami, there are as many types of beach parties as there are party-people looking for a good time. From down and dirty dancing to celebrity-spotting socializing, read on for the 5 best party beaches in the world! 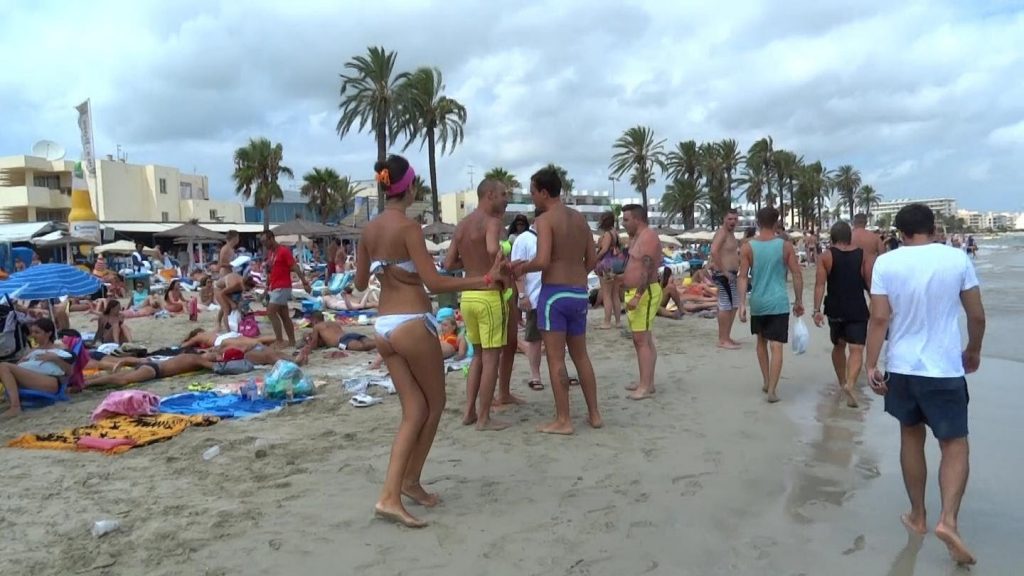 The name Ibiza has been synonymous with the phrase ‘beach party’ ever since the late ‘80’s when the former hangout of hippies and flower-children, metamorphosized into the party capital of the world. Stars, celebs and models all love to get down at the clubs dotted around this picturesque Spanish isle. The Playa d’en Bossa Beach is the longest stretch of beach on the island with its bars and cafés. The far end of the beach (away from Ibiza Town) is calmer, with less people and house music. But for the definitive Ibiza beach party, head to Bora Bora, half way along d’en Bossa beach. Ibiza is also known as a gay-friendly beach party destination. 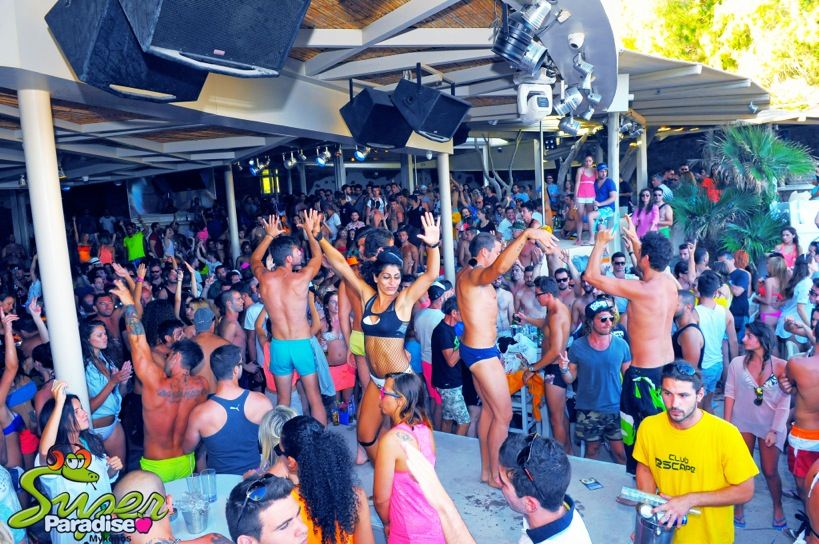 With its welcoming locals and trendy beach bars oceanside, Mykonos is another great place to party on the sands. Head to Paradise Beach Bar, located right on the beach between the palm trees. Here the partying starts early – from 2 pm – and goes on till sunrise the following day. This breathtakingly beautiful island is another favourite destination of the world’s fashionable party-set, so expect to enjoy celebrity-spotting while you dance the night away. Lots of places of historical and cultural interest, plus great tanning opportunities, mean you’ll never be bored while waiting for the fun to begin. 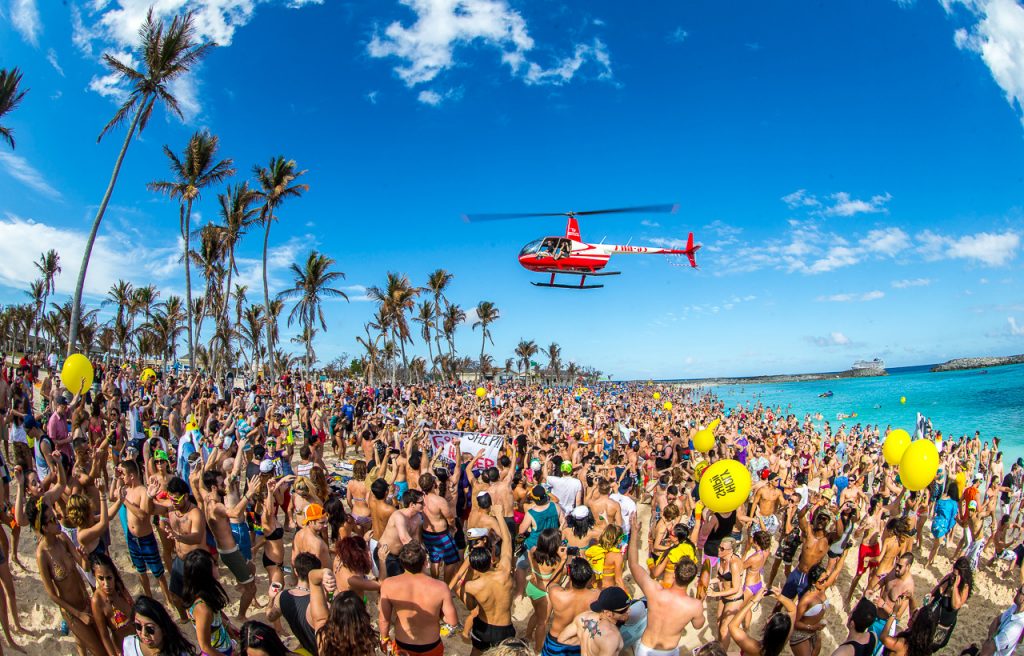 Where the beautiful people hang out – South Beach offers all the partying you’ll ever need. Although not strictly speaking ON the beach, the numerous fabulous clubs sprinkled along this expensive coastline are so hot that they bring the beach atmosphere right inside. This is where the posh people party, but the good times only get under way from 11 pm, so strolling along the beach, dining out or having a drink in the earlier part of the evening is recommended to avoid arriving too early. Many top model agencies send scouts to South Beach – you never know who might spot you on one of the awesome dance floors. The beach itself is stunning, with white, baby-powder sands caressed by the Atlantic. Not only can you dine here during the day but when the sun goes down you can have fun at the beds on stilts at Nikki Beach. 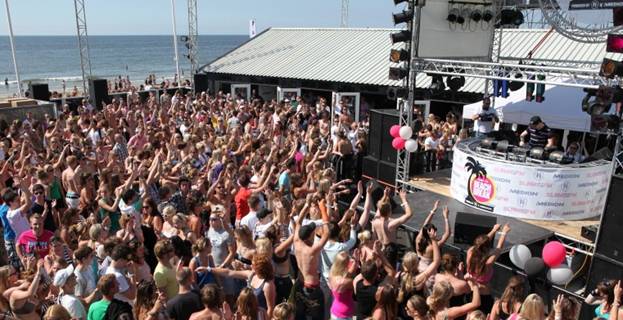 This event-venue opened nearly 7 years ago as a beach party for Amsterdam locals. The club has grown to accommodate 2 400 revelers with both in- and out-of-door areas. The setting is one of the most aesthetic on the Netherlands coast. Bloomingdales is renowned for its all-day Sunday parties held regularly throughout the year. The music tends towards chilled, laid-back tunes, perfect for the beach-setting. Top DJ’s are hosted regularly here. 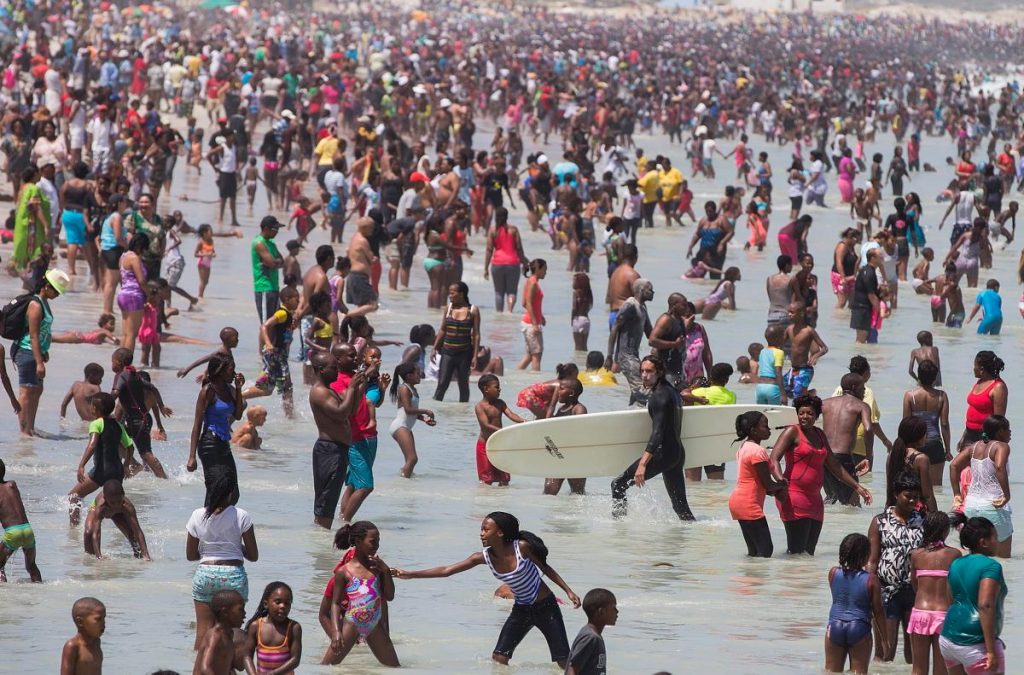 The white sands of this beautiful beach are popular throughout summer with both locals and international visitors to the Mother City of Cape Town, South Africa. With bars, cafes and restaurants right along the Camps Bay strip there are always trendy and beautiful people spilling out of these venues on to the beach. While volley ball and tanning are popular by day, sundowners and impromptu beach parties are on from early evening to well past midnight. Enjoy music, fire-jugglers and drumming around the huge bonfires which are lit during the summer holiday season.

So if sun, sand and sea make put you in the mood for some sexy partying – why leave the beach? Head for one of these 5 hot spots and the party need never end!