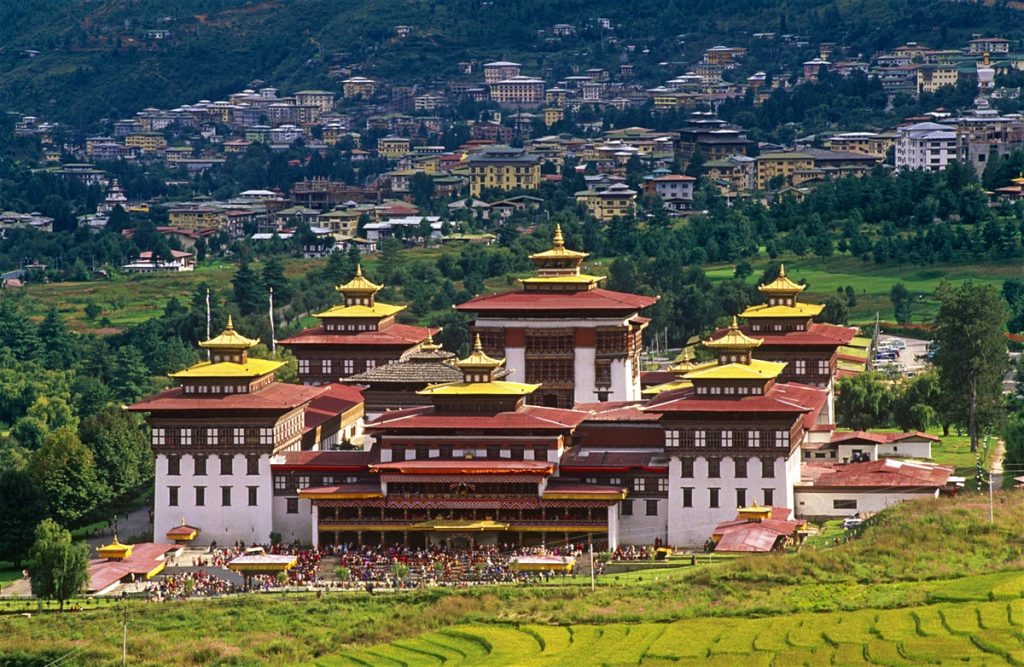 I would recommend that a trip to the capital of Bhutan, Thimphu is a journey not to miss. It is said that Thimphu is the most unique capital city in the world. When you visit you will quickly understand why as it is a place of stunning natural beauty, untouched by humankind. You are greeted with the amazing Himalayas which help to create the blissful ambiance of Bhutan.

There are a few traditional buildings such as monasteries like Phajoding which overlooks the whole town at a breathtaking 10,000 feet and Tangu Cherry which is a few hundred years old and an important landmark.

Museums, include The National Folk Heritage Museum, Textile Museum which displays It also exhibits colorful and rare traditional Bhutanese dress (kiras for women and ghos for men). There is also a small museum on the grounds of The National Institute of traditional Medicine. 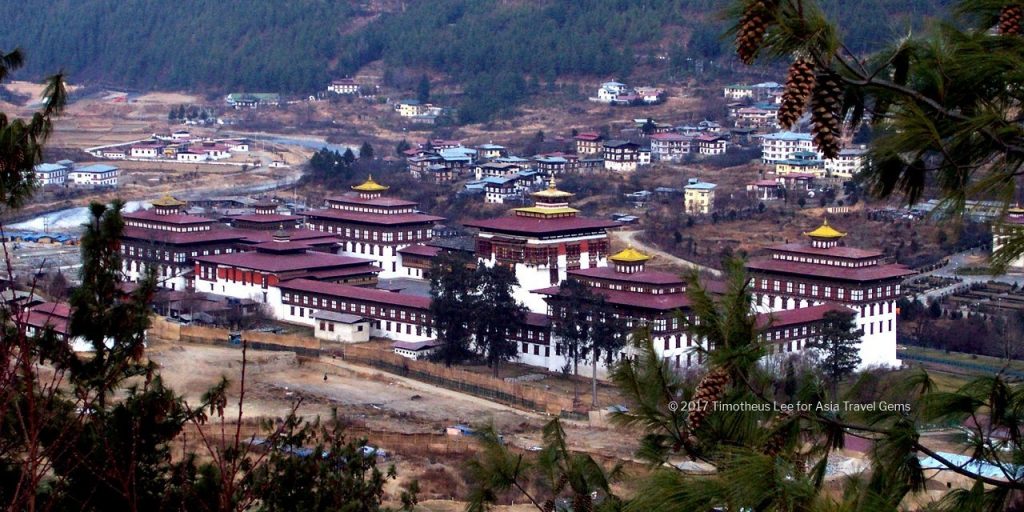 A stunning pink roofed fortress known as Tashichhodzong stands before the SAARC building. The fortress was reconstructed in the early 60’s after a fire destroyed the original that was built in the 1600’s. 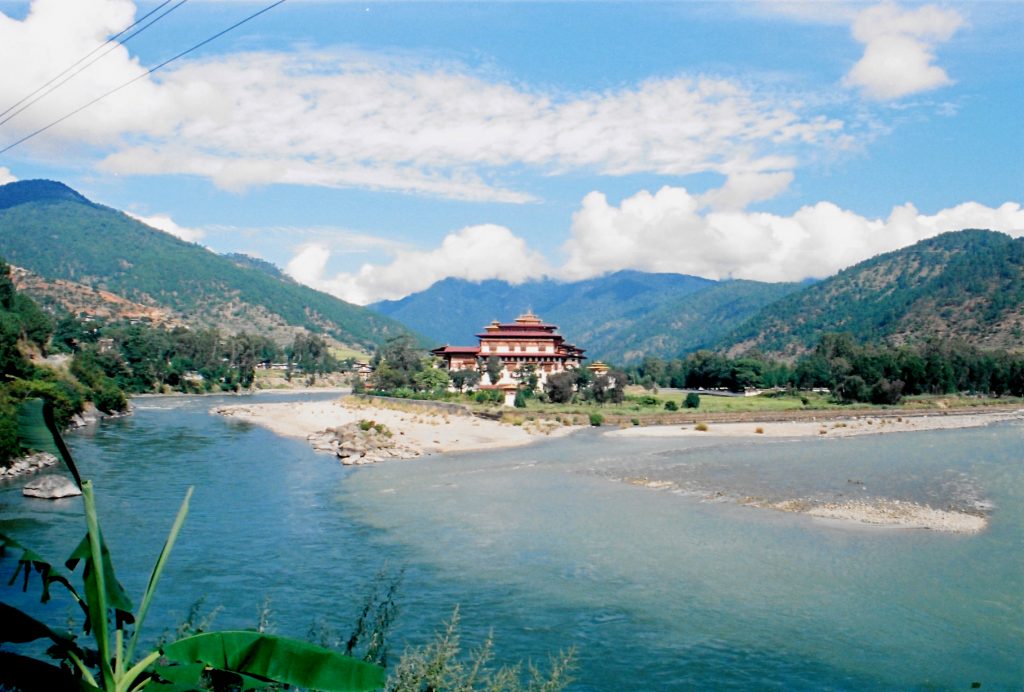 Paro is a small township which houses the only airport in Bhutan and is the gateway to the kingdom for most tourists. That said there are many easily accessible places of interest in the area. The most interesting place is Paro Dzong which overlooks the beautiful valley. Perhaps some of you will recognize it if you have seen the film “The Little Buddha” as it was featured there. Standing before the beautiful structure you would never guess that earthquakes and fires have been responsible for destroying it many times since the 1600’s.

Also an experience to behold is the Buddhist festival which can last 3-5 days. These festivals are held to ward off evil spirits with colorful costumes, elaborate music, dances and plays, a truly unforgettable experience.

Whether or not you are a spiritual or religious person you will not be able to escape the peace and tranquility of this magically beautiful place. 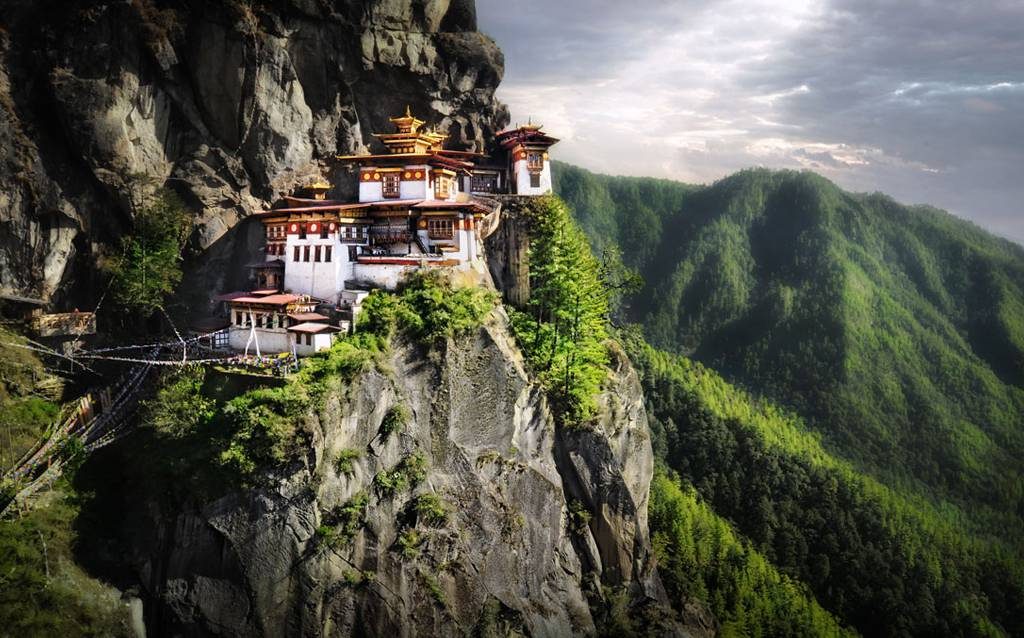 Taktshang Lhakang, also known as the Tigers nest because of it’s stunning location, is the most sacred monastery in Bhutan. The monastery is perched upon a rocky ledge with a sheer drop of almost 2, 400 feet. When you see how big the path up to it is, the mind boggles as to how all the necessary materials were taken up there to build the magnificent structure. You have the choice of hiking or taking a pony up definitely worth the effort if you have taken the time to travel to this forgotten part of the world.