1. Tomb of The Kings 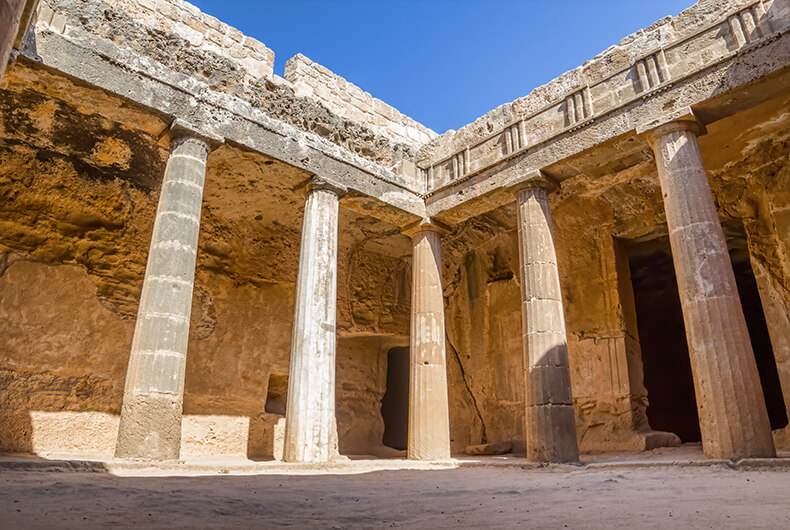 Spread over a vast area, these impressive subterranean burial chambers were built in Paphos from 3rd Century BC to the 3rd Century AD. They are carved out of solid rock with some being decorated with Doric pillars. Put on your walking shoes and climbing pants and don’t be afraid to get yourself a little dirty at this site. Fun to explore and full of some very atmospheric places. 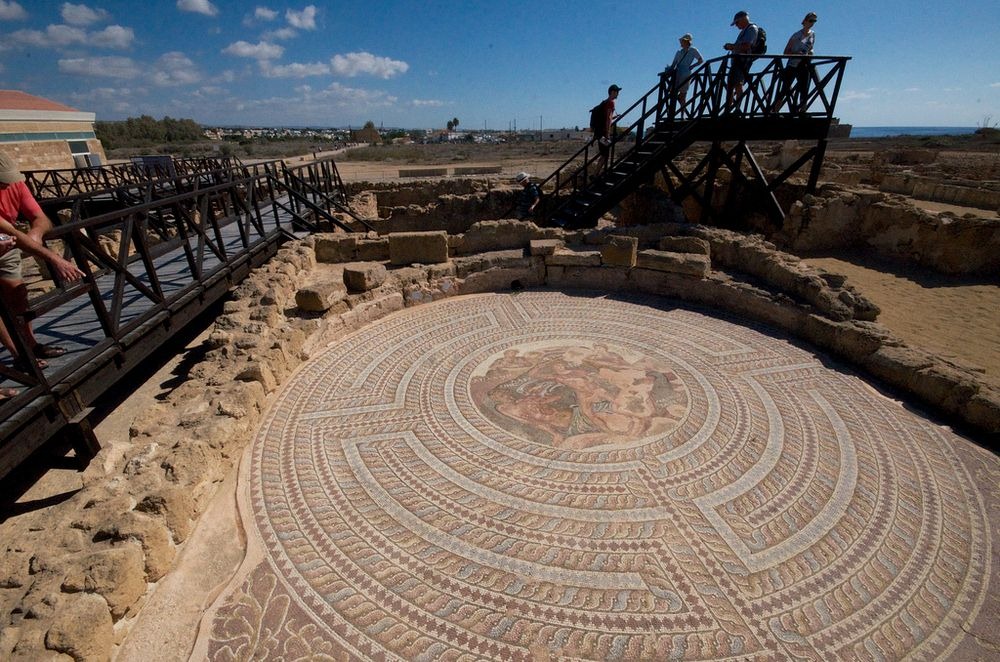 Cyprus history proclaims Aion as the Greek God of eternity. The house of Aion has an amazing five-paneled mosaic which shows the Greek God in the unenviable position of having to judge what appears to be a beauty contest.
‘Unenviable?!’, I hear our modern day Gods proclaim. The difference in this beauty contest is that his choice lies between the ordinary and smug looking Queen Cassiopeia and a number of much prettier, but unhappy looking Nereides water nymphs. I’m sure that all of you will be able to guess who the eventual winner is!! 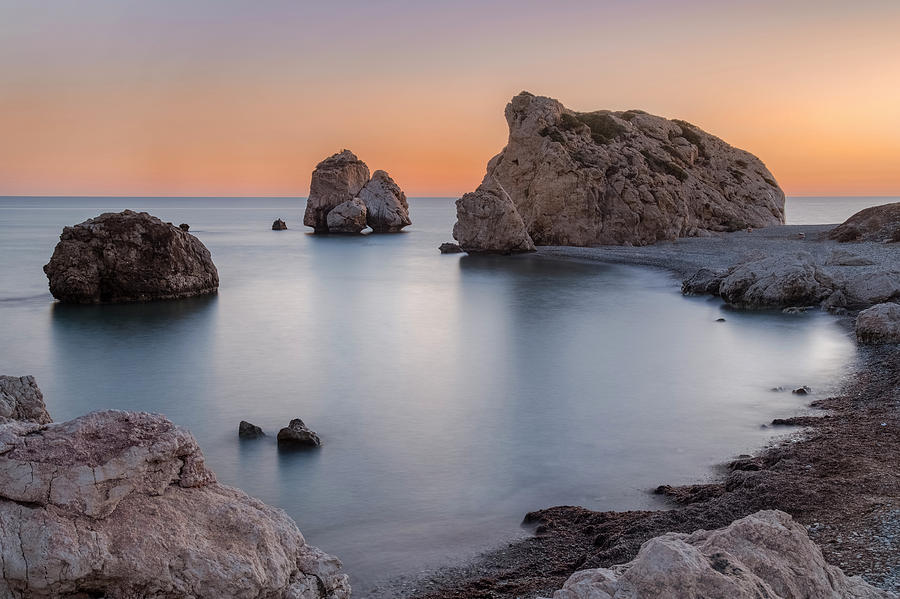 The most awe inspiring piece of coastline to be seen in Cyprus, when the sun is out, and I defy any couple, regardless of how young or old, to not be bewitched by it’s spell. Of all ancient Greek myths, the story of Aphrodite’s creation will bring water to your eyes, but the story lives on as one of the well known legends surrounding this stunning rock formation.

Cronos was begged by his mother Gaia to be released from the embraces of her husband Uranus. In order to assist his mother in her plight, Cronos castrated his father with a sickle and threw his genitals into the sea. The foam gathered around them and the Goddess rose from the sea as a fully grown woman. 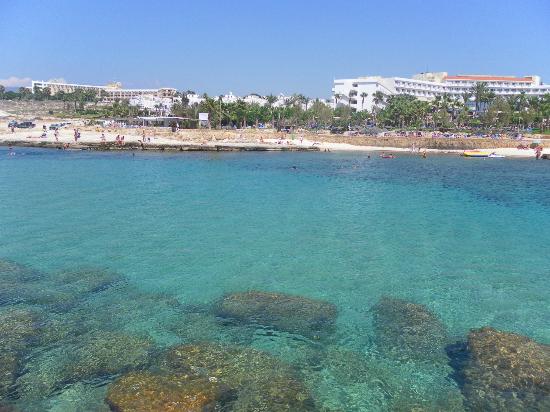 I recommend that you visit this memorable place in Paphos with someone very special to you and a camera. Arrive late afternoon and watch the fishing boats come in with their daily catch. Have a drink or two at the beach side bar but don’t stay too long before securing yourself a spot on the harbor wall. Take along the camera or video and make sure you have plenty of film as this is one of those special places to catch the most romantic of sunsets in Cyprus. Enjoy! 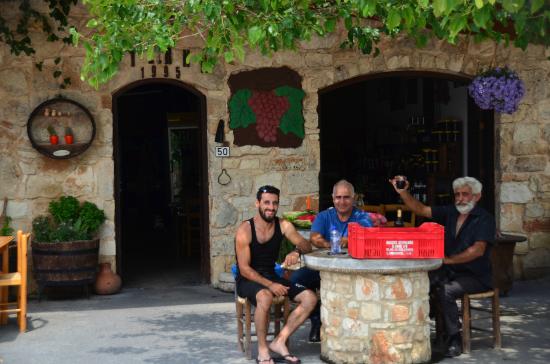 Located on the outskirts of the village of Kathiskas, 15 mins drive from Paphos. Be entertained by the charismatic Cypriot owner who will treat you to free wine tasting and a tour of this very small winery. Do not miss out on their own peach schnapps – powerful enough to blow your head off and must be thrown back in one go. If you make a purchase of their very fine wines you will probably find that a complimentary bottle of schnapps is thrown in. Not recommended to light the Xmas pud with!