A room with a view transforms a good holiday into a great holiday. Why should you settle for a boring Bed and Breakfast when you could be feasting your eyes on the best hotel views in the world. We’ve rounded up some incredible places to stay in the world’s most iconic spots, so follow our lead to check in, pull back the curtains and get a perfect holiday photo from your bed. 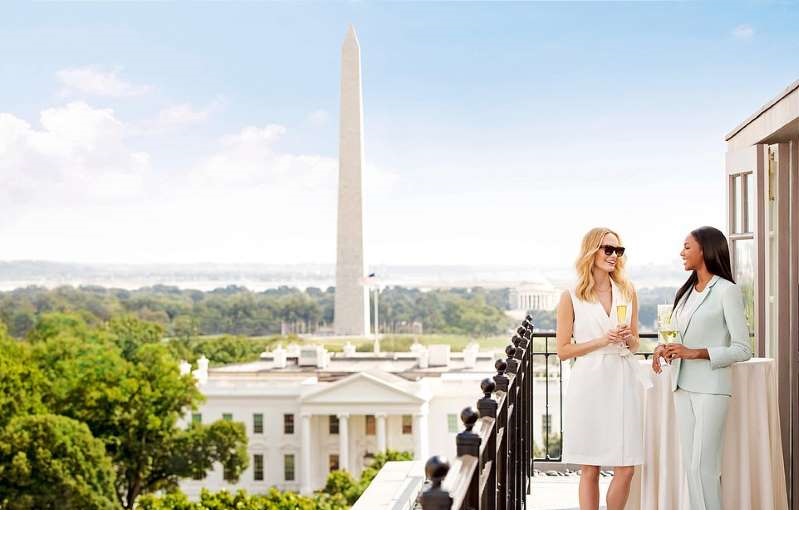 The Hay-Adams delivers low-key luxe – staff say ‘nothing is overlooked but the White House’. It was built on the site of the former homes of statesmen John Hay and Henry Adams in the 1920s. It is in the heart of the US capital, so once you’ve seen Air Force One land and spotted the Trumps, you can walk to the Washington Monument and the city’s excellent free museums. 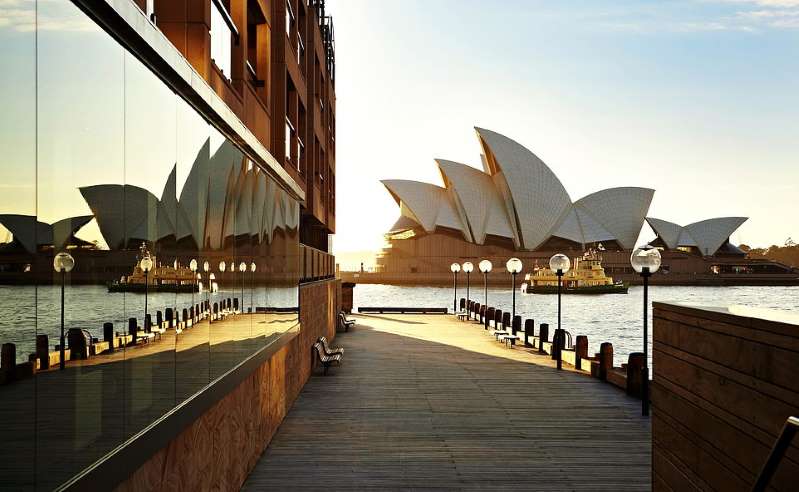 The Park Hyatt – because if one thing beats a room with a view it’s a balcony with a view. The hotel is on an old wharf close to the cobbled streets of the trendy Rocks area. Every room has harbor or city views and you can take in the Opera House from its restaurant and rooftop pool. 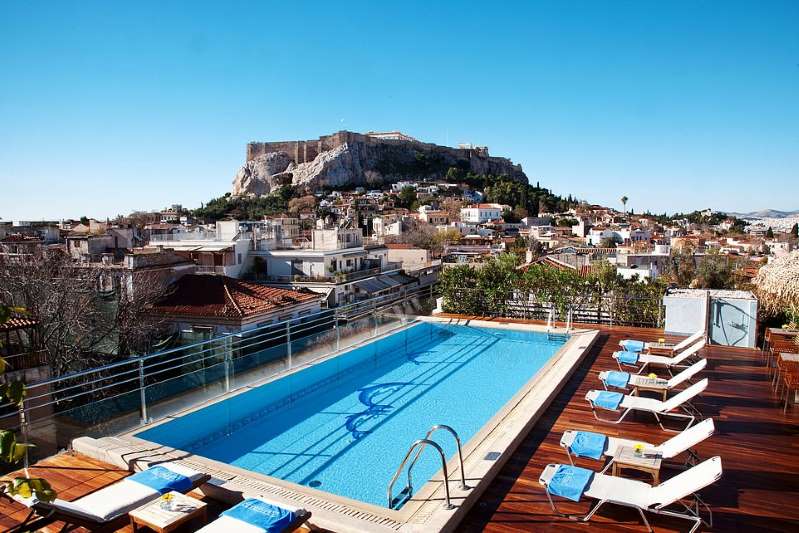 The Electra Palace is a grand, whitewashed hotel where aristocratic surroundings take you back to the golden age of travel. Outside you’re in the heart of the Plaka district, where pavement taverns resemble those on Greek islands. Inside the hotel, head to the romantic rooftop restaurant to ‘dine with the stars’. 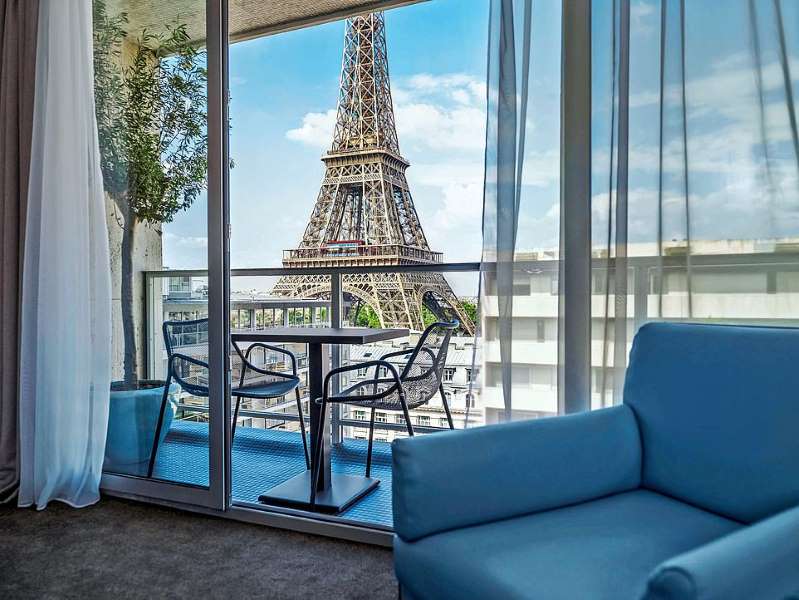 The Pullman Paris Tour Eiffel is an unremarkable modern building but offers amazing views as it is just minutes from the tower’s huge, cast-iron legs. The 1,063ft Eiffel Tower dominates everyone’s photos of Paris. During the day, lifts whisk 750 visitors an hour to the top. At night, the tower puts on sparkling light shows every hour.

The cosy wooden Hotel Ranga is a luxury resort two hours from Reykjavik, so the nights are dark and skies are sharp. There is an observatory nearby and you can stargaze from an outdoor hot-tub. Staff will even wake you at night if the Northern Lights appear. 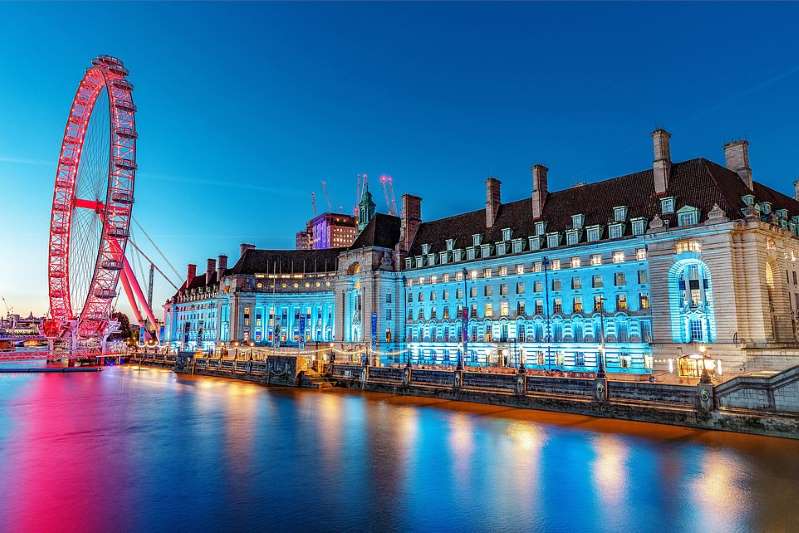 The Thameside Marriott Hotel County Hall couldn’t be closer. Some rooms get lit up by camera flashes as tourists go past windows in the pods. Afternoon tea is served in the library bar and there’s an indoor pool to work off the calories. 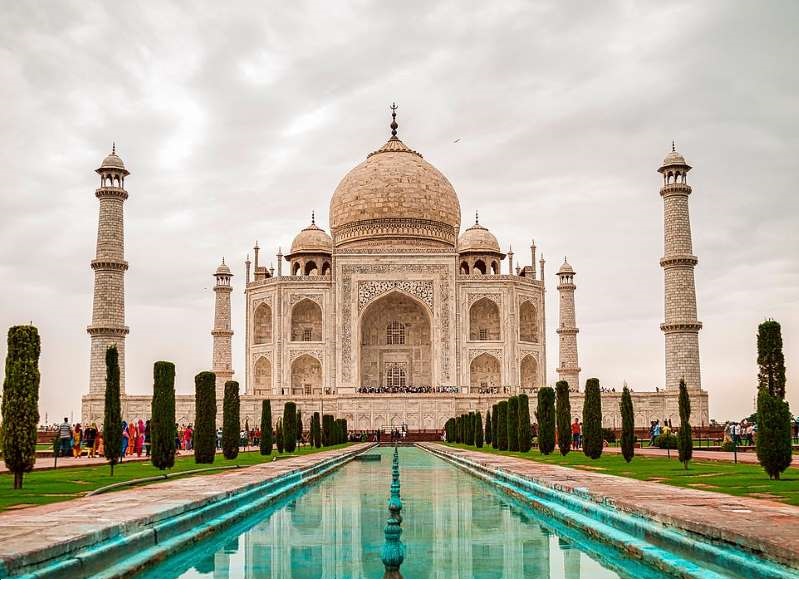 Oberoi Amarvilas Agra is a romantic five-star retreat, just 600 yards from the monument. Golf buggies are provided to take guests to the Taj Mahal and the hotel promises every guest uninterrupted views of the site. The fabulously wealthy Mughal emperor Shah Jahan promised his dying wife that she would have the world’s most beautiful tomb. He then employed 20,000 craftsmen for 20 years to complete the Taj Mahal.