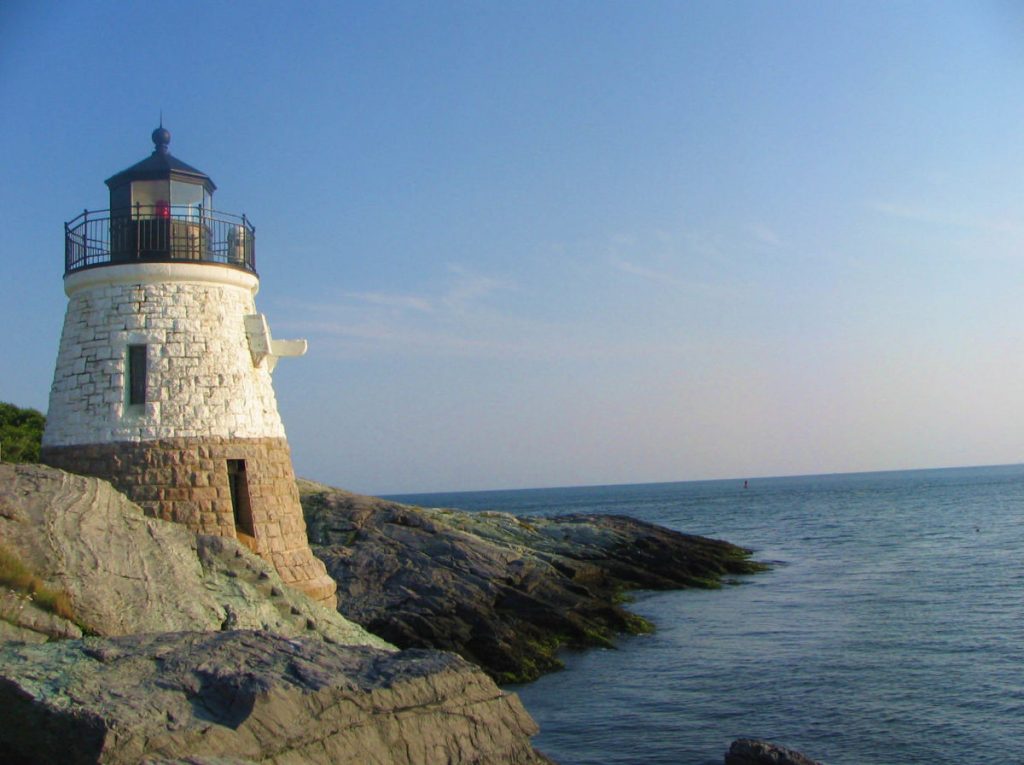 First, there is Castle Hill, Newport. This light was built around 1890, stands forty feet above sea level and marks the east entrance of Narragansett Bay. It can be seen from about twelve miles away. The Richardsonian Romanesque style lighthouse flashes an intermittent red light every six seconds to warn sailors. It is situated in a beautiful, untouched environment, you can only meet the keeper or some seagulls here. 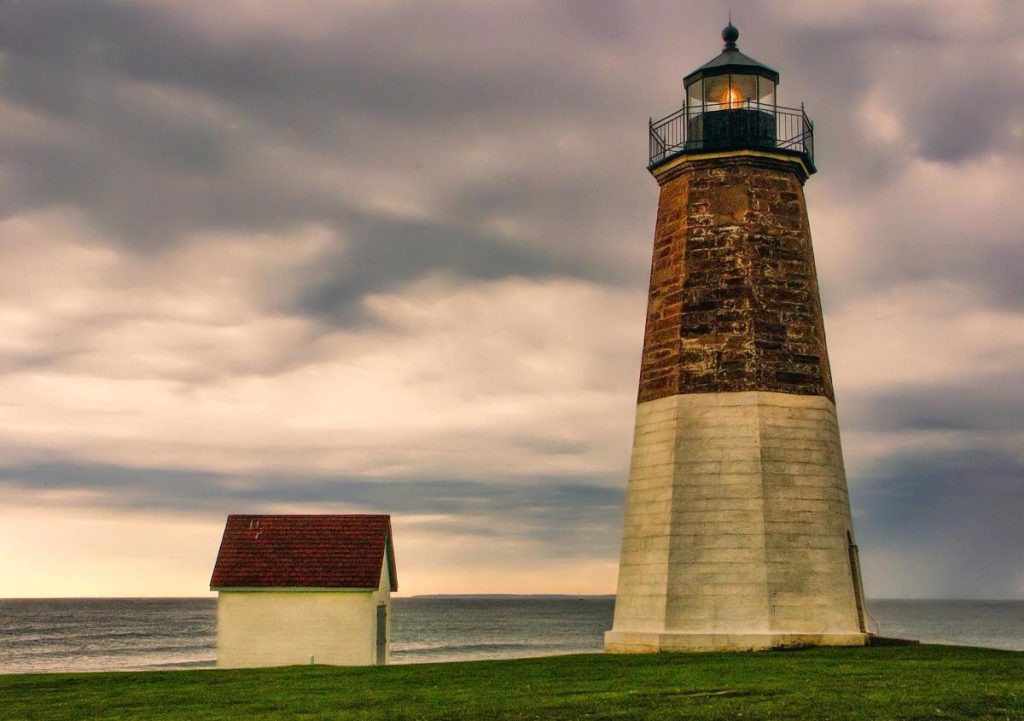 In Narragansett, you’ll also find Point Judith, which was built in 1810. This light guards the western entrance to the bay. In 1931 it became the first station in Rhode Island to have a radio beacon. These beacons allow ships to navigate at night or in fog without depending upon the light or the foghorn. 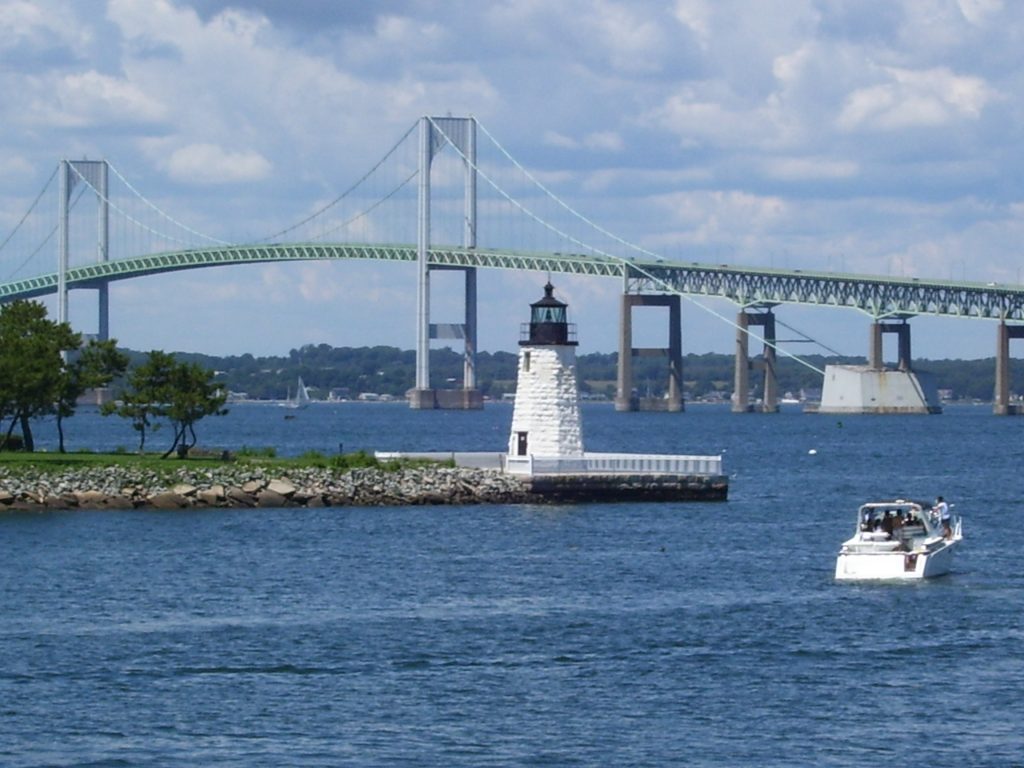 Another nice one is Newport Harbor Light at the north end of Goat Island, New Port. The current light was constructed in 1842 and has a height of 33 feet. The light was electrified and the present optic is 250 mm and is fixed green. The Newport Harbor light is an active U.S. Coast Guard aid to navigation and is managed by ‘Friends of Newport Harbor Lighthouse.’ 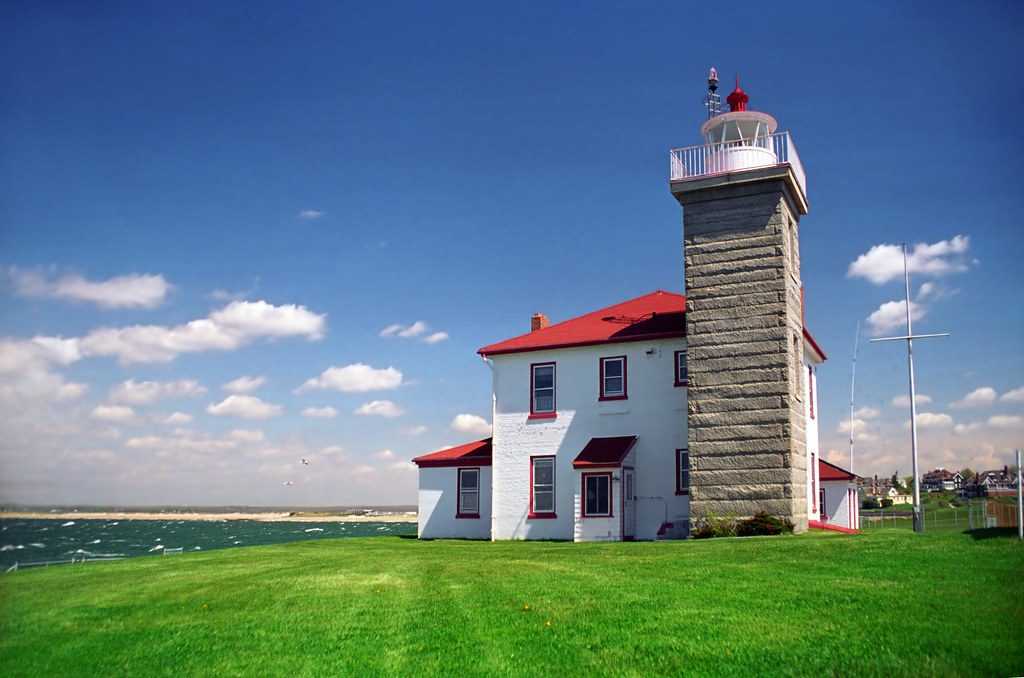 Watch Hill, Westerly is located on the north side of the east entrance to Fishers Island Sound in Rhode Island. It is situated on a peninsula that is almost surrounded by ocean, giving breathtaking beauty to this area. If you would like to see magnificent sunsets, you must come here. The silhouette of the lighthouse is awesome. Otherwise the whole town is wondrously interesting, full of history, Victorian architecture, classic Rhode Island oceanfront ‘cottages’, white sand beaches, good fishing spots, and so on. The Watch Hill Inn, built in 1845, furnished in a traditional New England style, is the town’s gem, too.