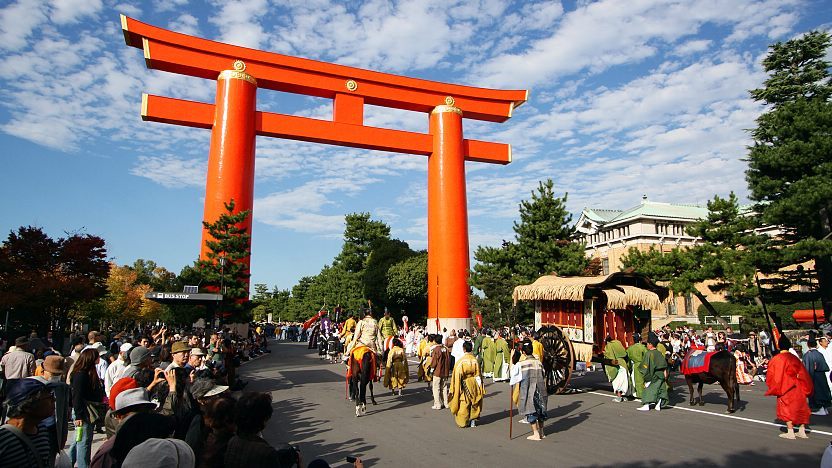 This Shinto shrine is famous for having the largest torii in the whole of Japan. The shrine was built in 1895 to celebrate the 1100th anniversary of Kyoto (formerly Heiankyo), and is dedicated to Emperor Kammu and Emperor Komei. If you happen to be on holiday in Japan on October 22nd, you will have the chance to see the ‘Festival of Ages’ (Jidai Matsuri) which takes place here and celebrates the day when Kyoto became Japan’s capital. The festival includes a huge procession of around 2,000 people which stretches for several kilometers. 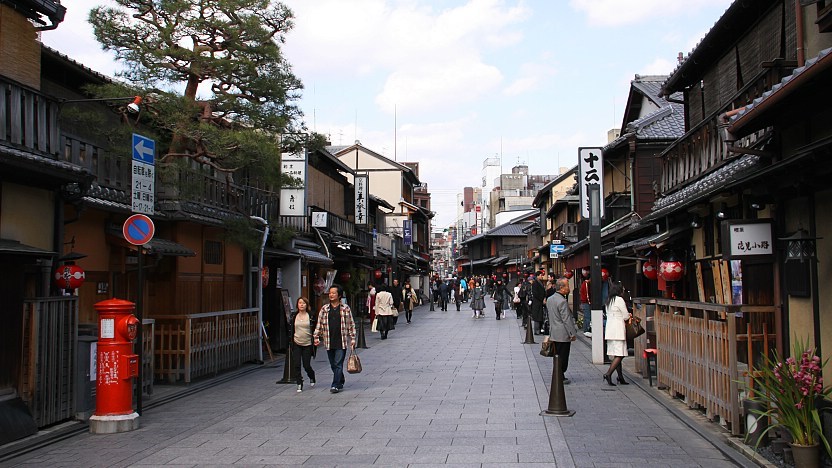 Gion is the district of Kyoto renowned for its geisha houses and is the best area of the city to see geisha and maiko going about their everyday business. Gion was built in the middle ages, but due in part to some areas being declared a national historical preservation district, some of the architecture and entertainment remains similar to how it was when first established.

To clarify a popular misconception – geishas are not prostitutes, and Gion has never been a red light district. 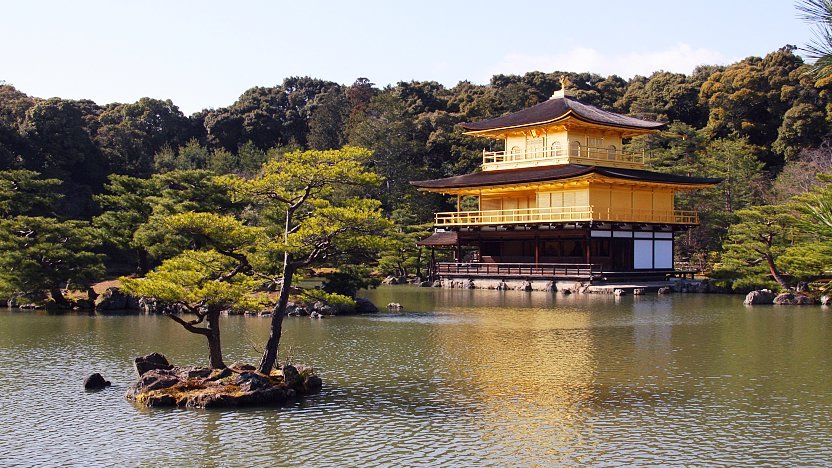 The most striking feature of Kinkakuji (and where it gets its name) is from the gold leaf that entirely covers the top two tiers of the pavilion. It is a stunning site and one that Japanese holiday makers cannot help but associate with Kyoto. The temple is placed next to a pond, allowing a shimmering mirror image of the structure to be viewed by all who visit, creating a powerful image of a connection between heaven and earth. Although the gold leaf covering makes the temple extremely valuable, its value is not entirely monitory, but also spiritual: within its walls it houses relics of the Buddha. 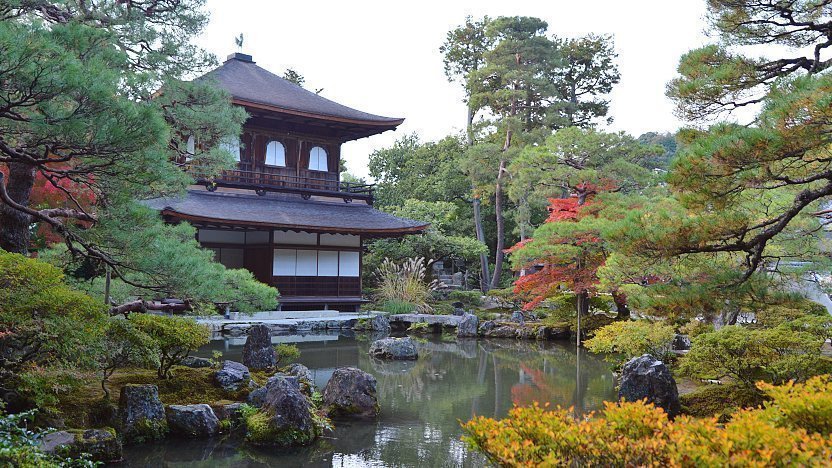 Listing this directly below the Golden Pavilion Temple is slightly misleading, because while the aforementioned temple’s golden covering makes it something of an ostentatious monument, this temple is comparatively minimalist. This is because while the original plan was to make this temple a silver accompaniment to its golden cousin, the plan was never carried out and it remains a delightful example of minimalism and restraint.

The temple itself is a simple two-story building, but its beautiful appeal is found in the surrounding serenity of the two gardens. The first is a pond garden composed of rocks and plants – the aim being to grant a different perspective from every angle. The second garden includes two carefully sculpted sand mounts which offer a sense of perfect serenity.