The Acropolis and the Parthenon 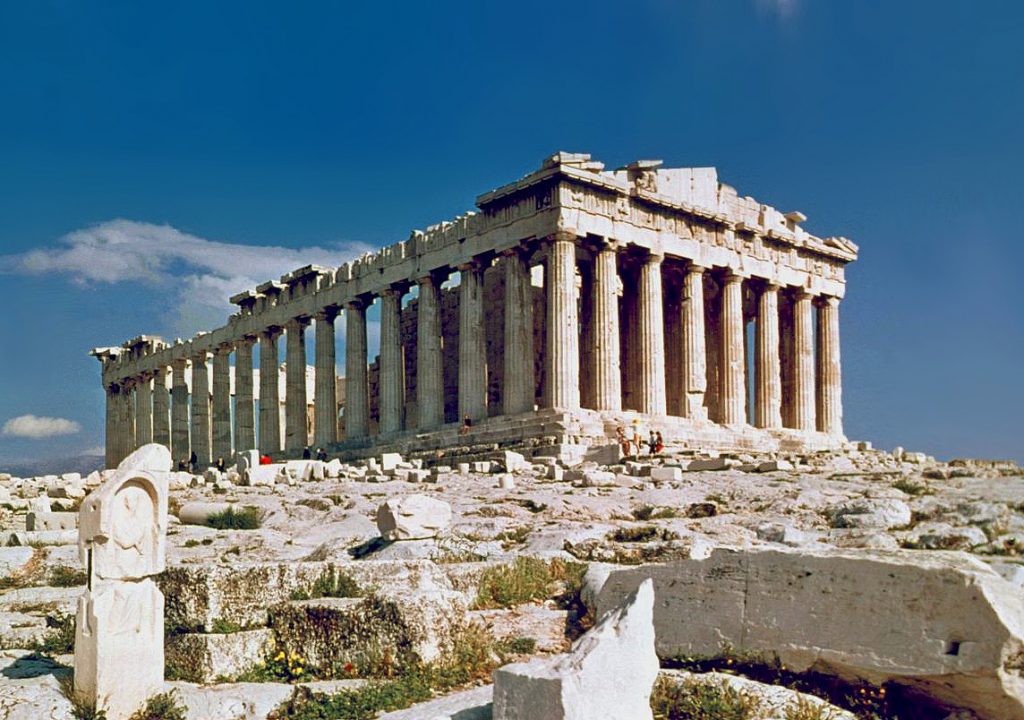 The symbol of Athens, the iconic Parthenon sits atop the Acropolis, overlooking the city. The remains of the sacred temple to the Greek goddess Athena, the Parthenon, with its simple Doric style, has been copied in public architecture worldwide. Accessed by the Athens Metro, it is always crowded, so try for a visit early mornings or late afternoons. 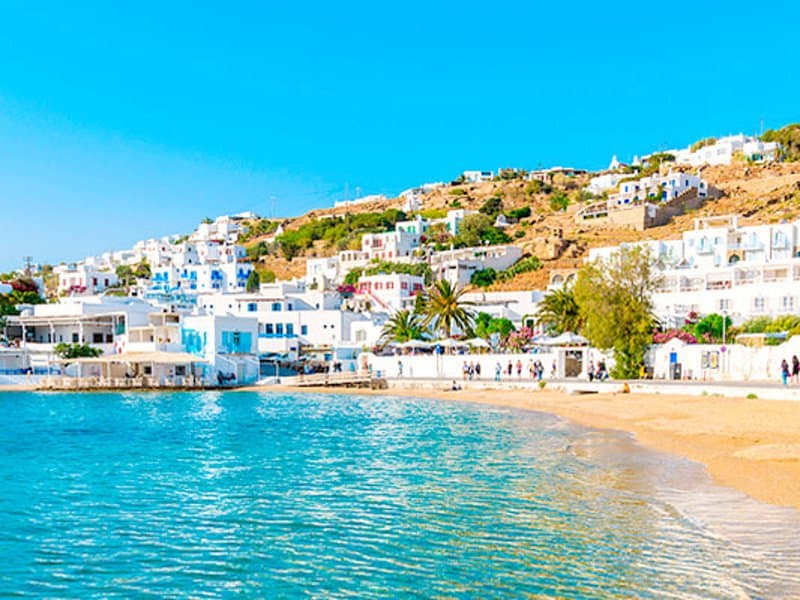 Considered over-developed by some, but remaining the most famous of Greek islands, Mykonos attracts international sophisticates and budget travelers alike for its stunning beaches (many clothing optional), its vibrant nightlife, classic shopping, and general holiday ambiance.

The Minoan Palace of Knossos, Crete 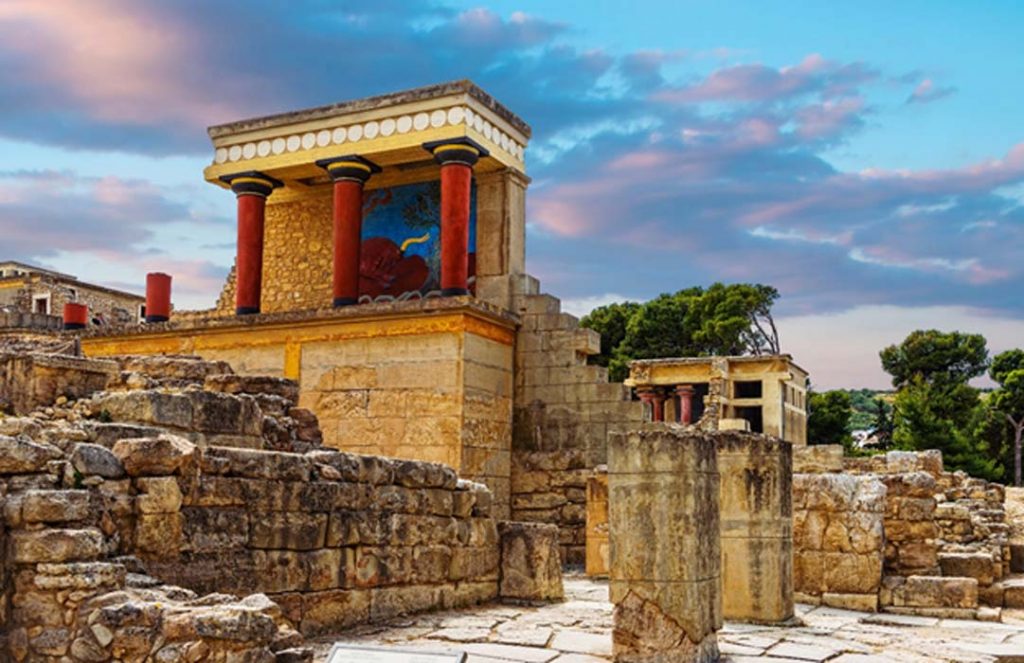 Surrounded by the city of Iraklion and accessible by local bus, the ruins and reconstructed labyrinth of this Minoan palace are from the era when the Aegean King Minos ruled mainland Greeks. To get some of the feeling for the material culture of ancient times, be sure to visit the world-class Heraklion Archaelogical Museum in Iraklion. 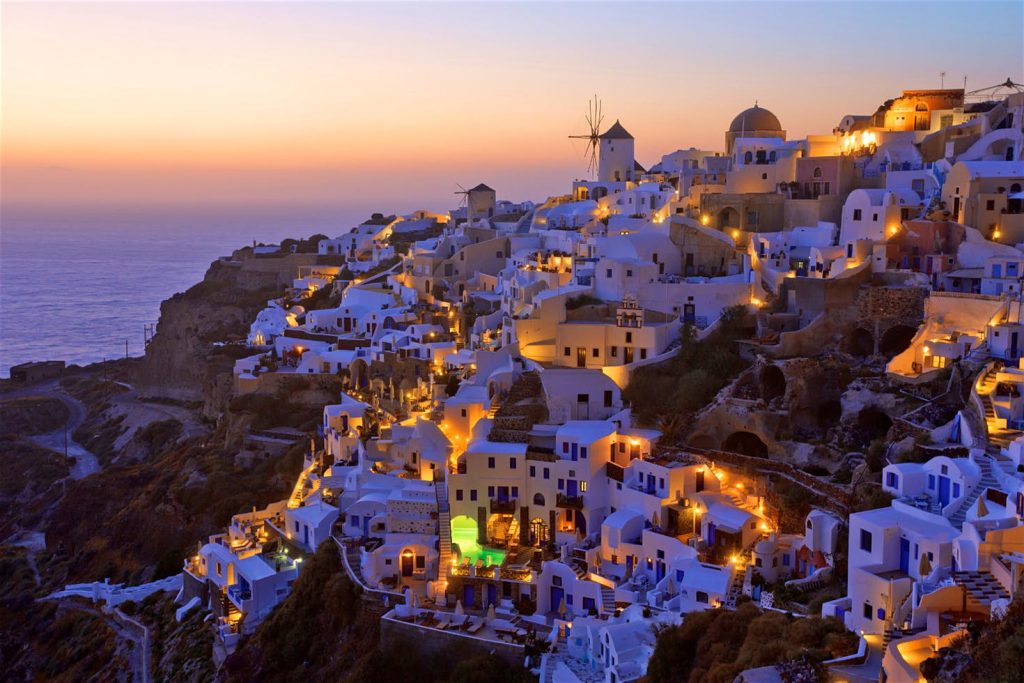 Hotels clinging to clifftops, scenic winding roads, a volcanic legacy, great local wines and fine food puts Santorini on the list. Arrive at this stunning Greek island by sea and get the best views of the brown and black-banded cliffs topped by white lava. Be sure to visit the ruins of the once-buried city of Akrotiri. 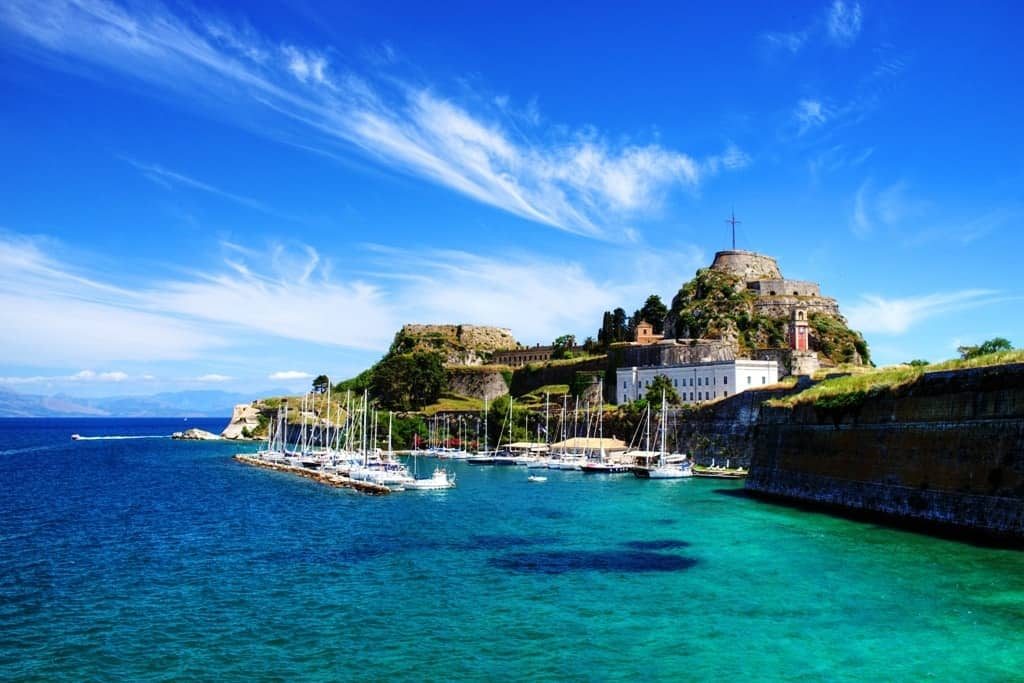 This bustling, cosmopolitan destination, in the Ionian Sea off the coast of mainland Greece, has streets lined with Venetian-style buildings. If you wish to avoid the pricey high-rise accommodation in the north, head for classic pensions in the wilder south where the coastline meets the placid waters in near perfect union.