Iceland is unlike any other country. This is the Land of Ice and Fire, to use a cliché. Throughout the year, active volcanoes light up the skyline and shake the soil, while massive ice sheets blanket the core of this bleak yet spectacular area.

Waterfalls, glacier lakes, screaming geysers, and much more abound in Iceland. You may spend your days in Reykjavik soaking up the culture, relaxing in thermal hot springs, or venturing north to see whales and icebergs! 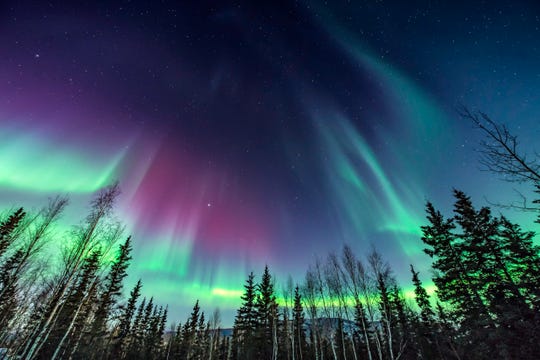 Due to its exceptional geographical position, Iceland Tour is one of the best tours in the world to experience the aurora borealis. These mystical solar lights impressed anyone who has seen them for thousands of years. It is an indescribable spectacle of nature that you will not be able to forget. 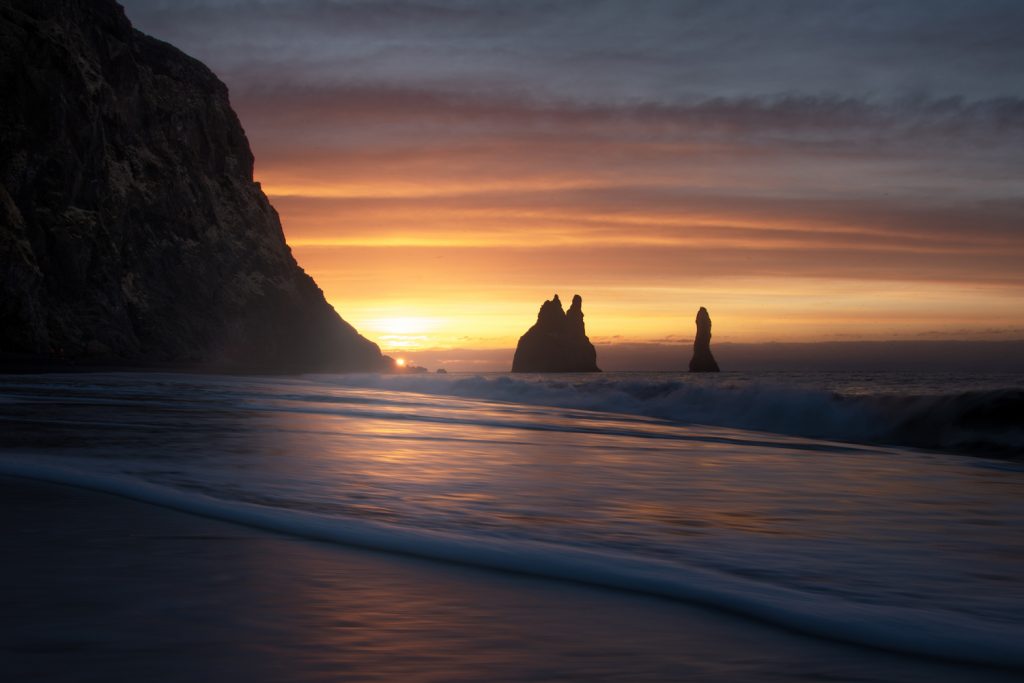 Iceland has recently become a popular destination for directors to film their blockbusters. The country has been the location of famous films such as James Bond, Batman Begins, and Oblivion with Tom Cruise and even Games of Thrones. The lunar landscapes, ice lagoon, and other wonders, are indeed helping to make the country the ultimate travel destination. 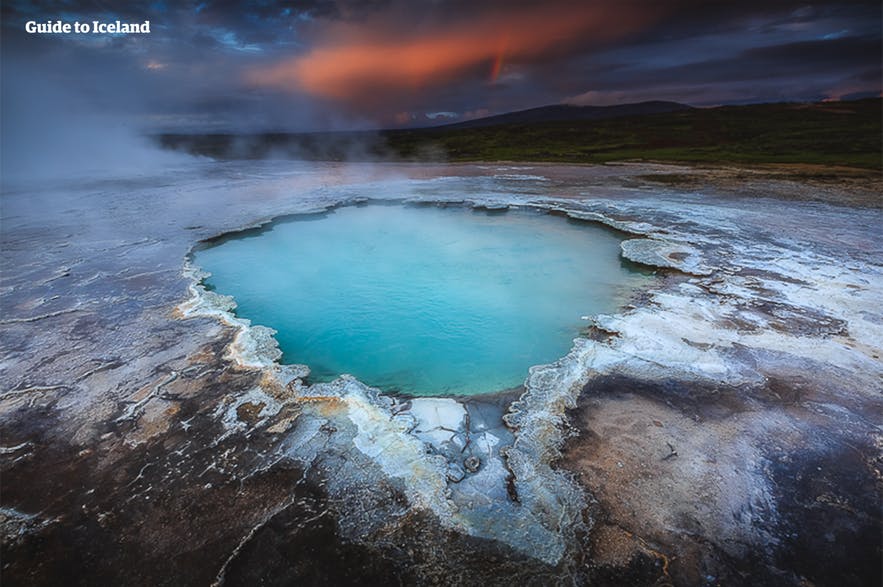 What would Iceland be without its natural hot springs? Adored by both visitors and locals, hot springs are places where everyone can revel in and appreciate the beauty of the present moment. Even better! You can enjoy it throughout the year and literally everywhere, given that there are hundreds scattered across the country. 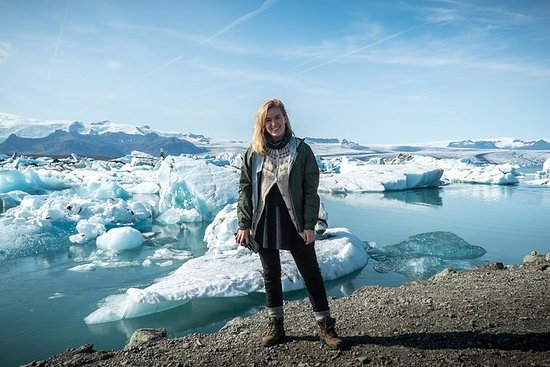 Planning tours to Iceland bring together the finest treasures of our planet earth: volcanoes, glaciers, waterfalls, small Scandinavian fishing villages, fjords, desert, black sand beaches etc. en route for adventure! You can also fully appreciate these Landscapes during a horseback riding on a typical Icelandic horse or during a hike on the most typical trail of the Land Mannalaugar world. 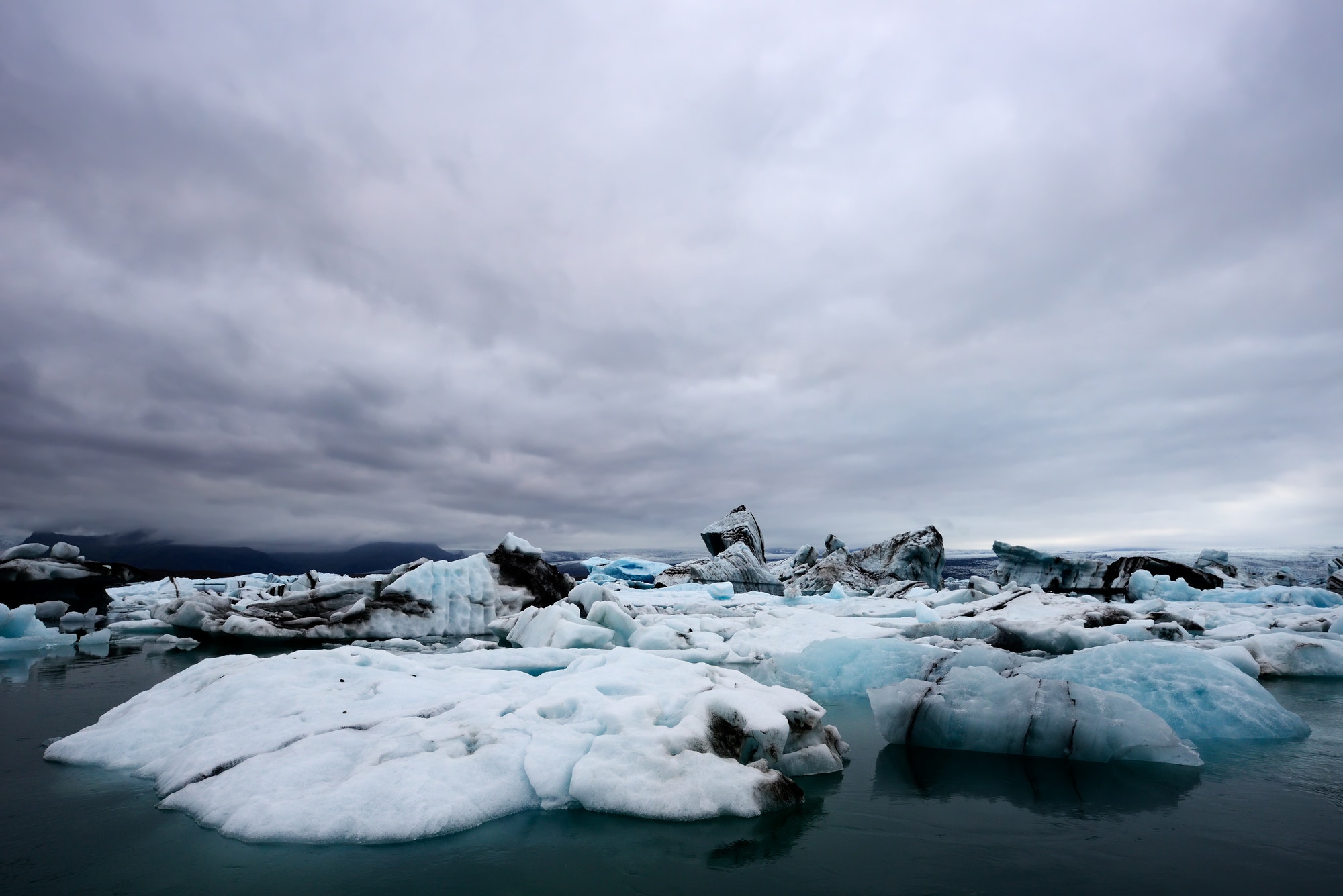 The Blue Lagoon is a must-see on every Icelandic itinerary, and it can be visited on a day trip from Reykjavik or as soon as you arrive at the airport.

The Blue Lagoon is conveniently located near Keflavik International Airport, where you may spend a few hours soaking in the thermal blue water and mineral-rich mud of the bathing pools before catching your flight in or out of Iceland.

It’s soothing and pleasant, but don’t forget to book ahead of time because the Blue Lagoon is always sold out. 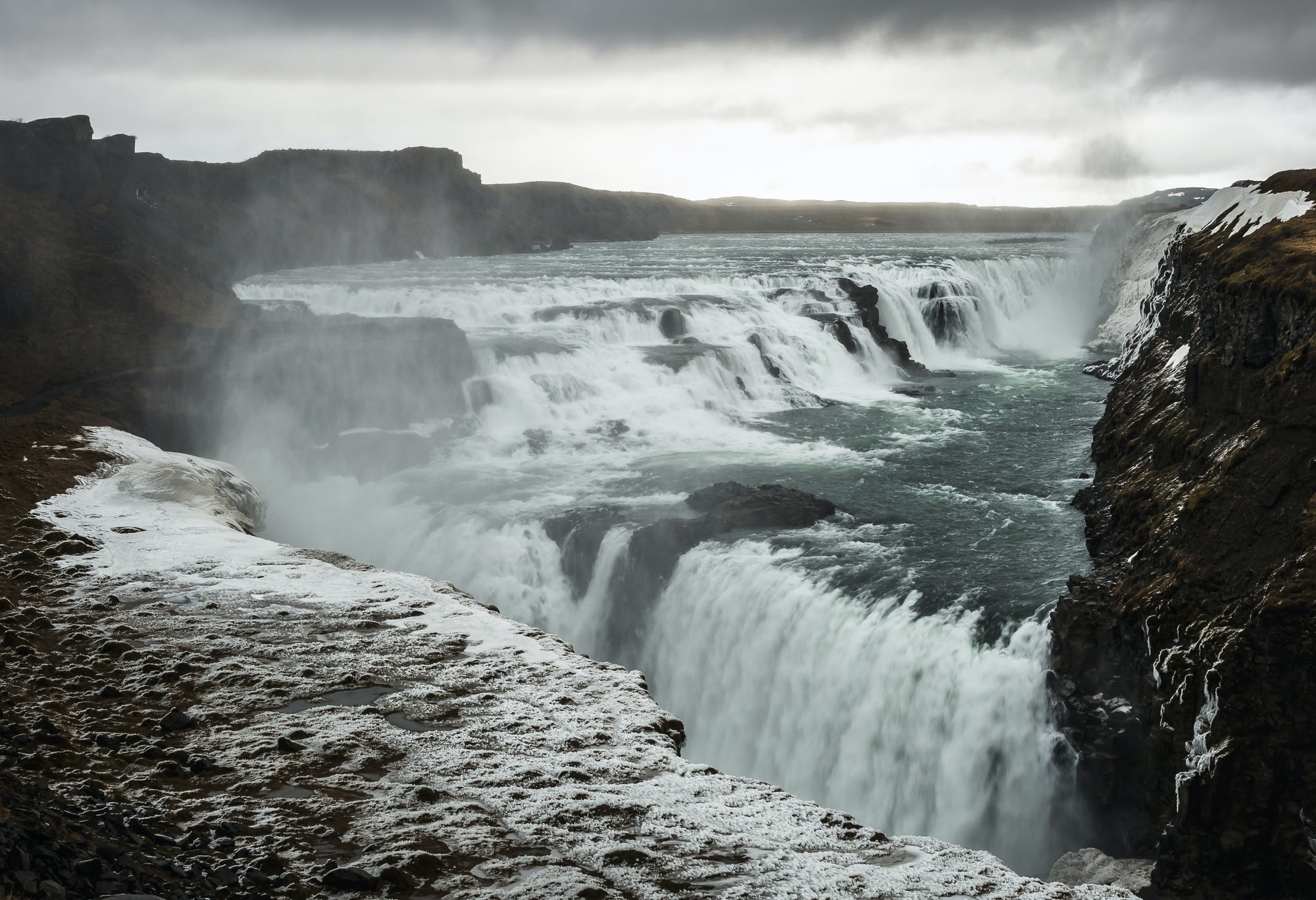 Head first to Thingvellir National Park, a vast rift valley that is both historic and picturesque, from Reykjavik. For generations, this national park has protected the place where things, or democratic assemblies, have been held. It’s also where the tectonic plates of North America and Europe are splitting. You may go snorkeling or diving between them in the Silfra rift if you survive the cold!

Drive from Thingvellir to the Haukadalur Geothermal Area, where the explosive geysers explode high into the air on a regular basis. Finally, visit Gullfoss (Golden Waterfall), where you can see one of Iceland’s greatest waterfalls from a cliffside vantage point. 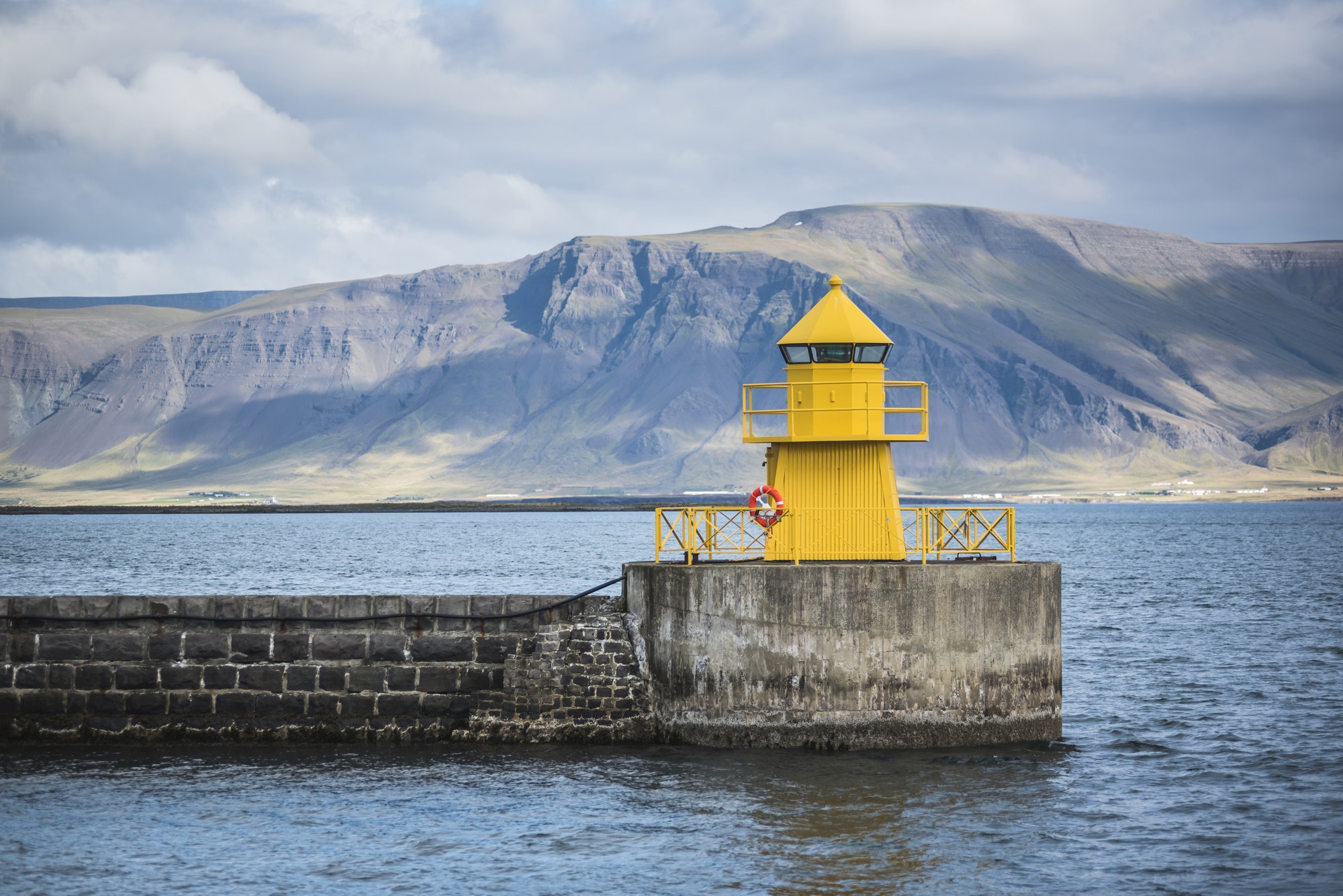 Reykjavik is the capital of Iceland, so it’s only natural that it’ll be one of the top spots to visit in the country!

Spend a few days in Reykjavik, Iceland’s capital, if you’re here for the first time. There’s always something fresh to see in Iceland, whether you’re there for the second, third, or fourth time.

Begin with a bird’s-eye view of the city from the top of Hallgrmskirkja (a Lutheran parish church), followed by a whale-watching tour of the harbor and a dip in one of the city’s many public pools (which are all thermally heated). 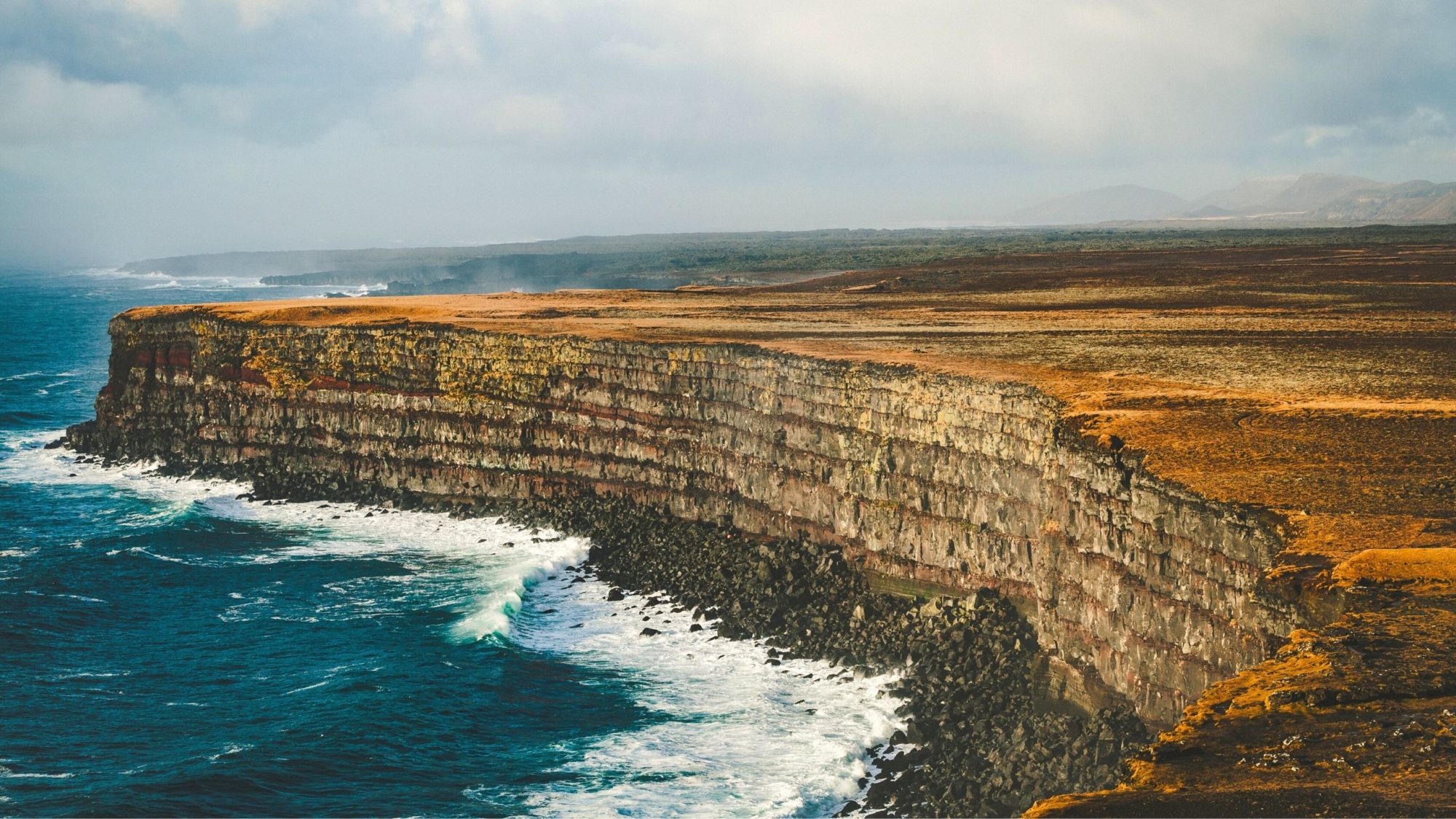 On the long Reykjanes Peninsula, which juts out into the Atlantic Ocean, the Blue Lagoon and Keflavik Airport are both located. Swimming and flying aren’t the only things to do here, though.

This region is noted for its volcanic eruptions and breathtaking beauty, as well as its amazing geothermal activity. Because the European and North American plates collide here, the peninsula is divided between two continents. The Bridge Between Continents allows you to stroll over the ever-widening chasm.

Explore the Seltn Geothermal Area’s odd fissures, as well as the dramatic Valahnkamöl Cliffs and the similarly dramatic Krsuvkurbjarg Cliffs. Small settlements, churches, and other structures may be found all throughout this peculiar Icelandic peninsula. 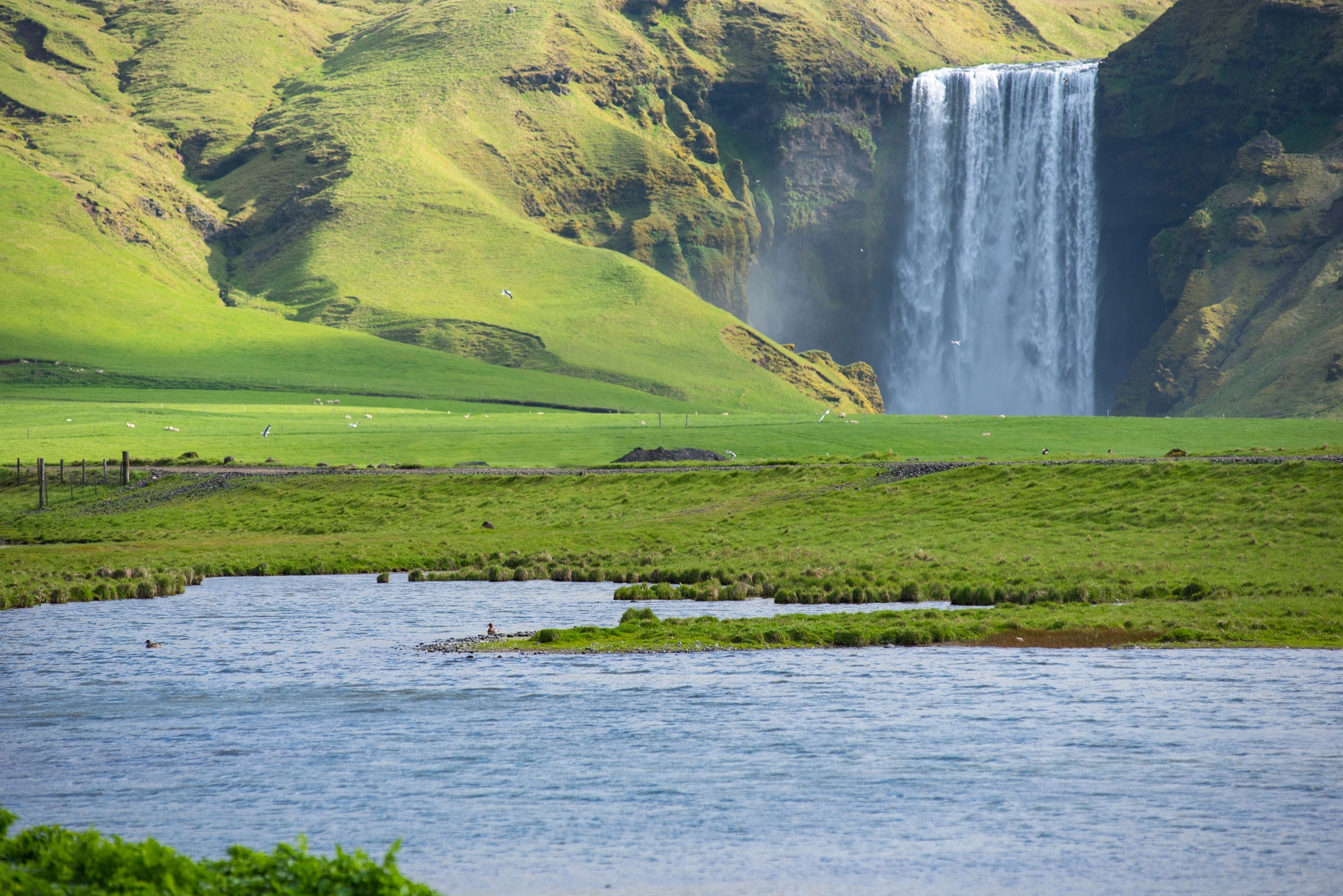 Seljalandsfoss and Skógafoss are visited by every visitor that ventures outside of Reykjavik. These two waterfalls are only a short drive down the southern shore, and they are visible from the roadway.

They do become busy, especially in the summer, but that’s not because they’re simple to get to; it’s because they’re just beautiful. Seljalandfoss is the first waterfall you’ll come across, with a huge plume of water cascading over the cliff and into a big cave. You may wander around the cave’s edge and behind the waterfall for some spectacular (although wet) pictures.

Skógafoss, which sits under the shadow of the infamous Eyjafjallajökull Volcano, is easily reached by driving along the route (whose eruption stopped all air traffic in 2010). Skógafoss is one of Iceland’s most impressive waterfalls, falling 60 meters (196 feet) in an almost perfectly straight line from the cliffs’ top. 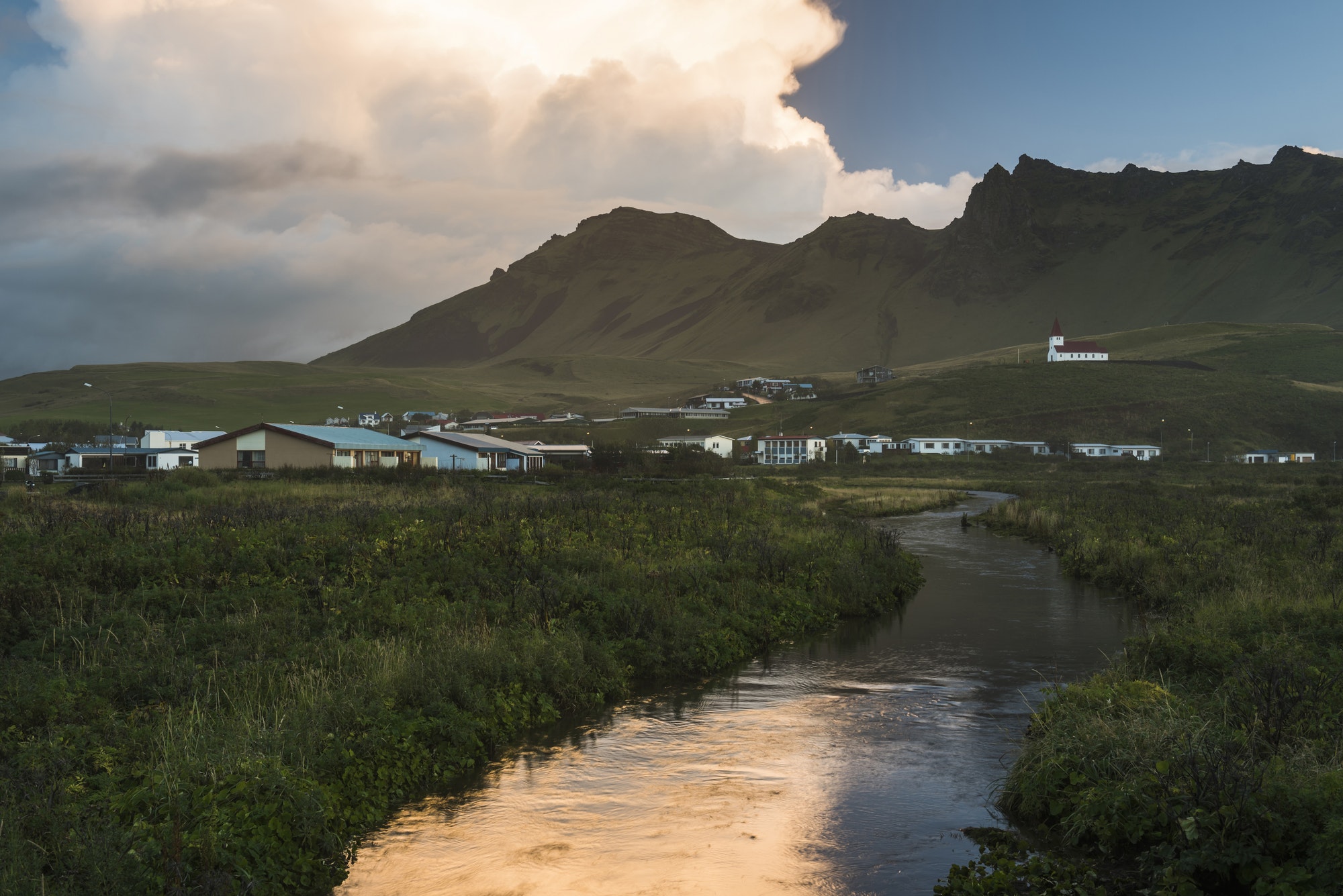 Because of the waterfalls, towering cliffs, and dark, black sand beaches, Iceland’s southern coastline is one of the greatest spots to road-trip in the country.

The final target, though, is Vik (population: 300), a little beach community on the far end of the southern coast. Reynisfjara Beach, where volcanic black sands have accumulated over millennia, is the greatest sight to view.

The surrounding cliffs are breathtaking, and the masterfully carved basalt columns are a must-see on every Iceland trip. 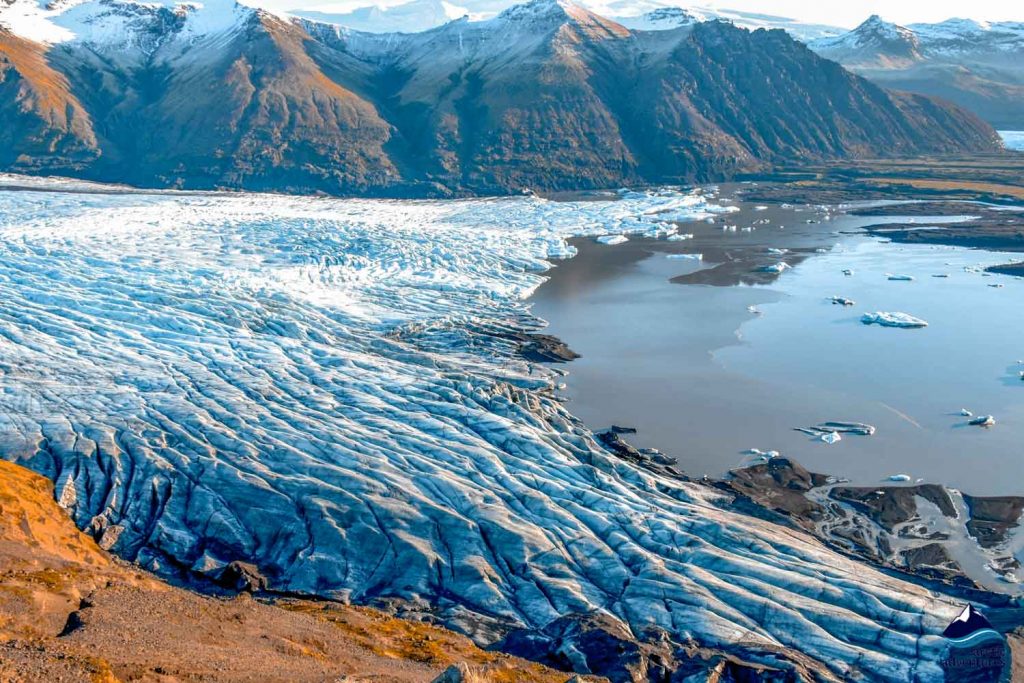 The Vatnajökull glacier is 3,000 square miles of pure ice and geothermal activity, and it is so large that it covers much of Iceland’s interior (which is why practically the entire population lives on the shore!).

This is Europe’s second-largest ice cap, and it is protected as part of the massive Vatnajökull National Park, which includes much more than simply the glacier. The glacier is best reached from the southern coast, where you may join a variety of ice cap excursions in the spring, summer, and fall (but not so many in the winter!) 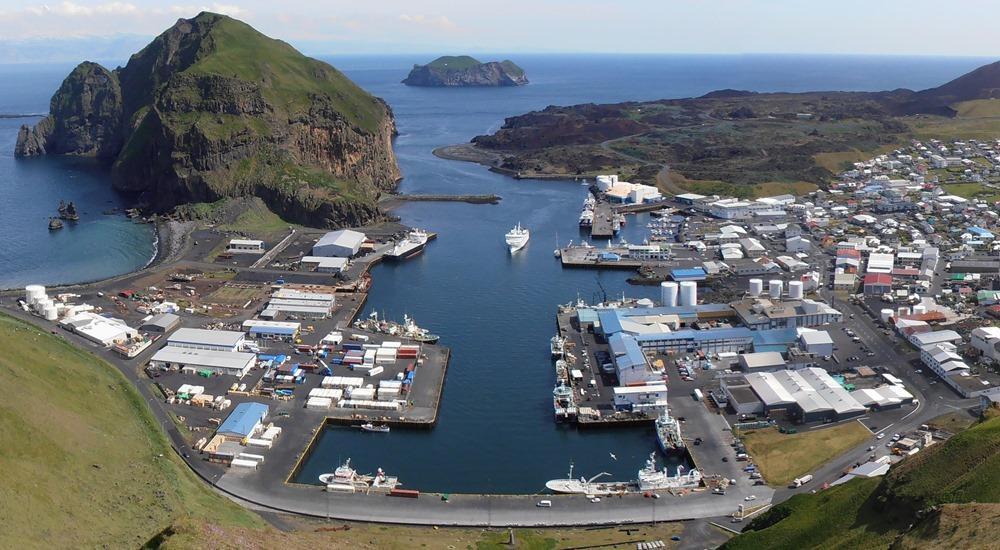 Heimaey is the largest island in the Vestmannaeyjar archipelago, which is known for its solitude and puffins. It is located a few miles off the south coast of Iceland.

You can get to Heimaey by ferry, and in the summer, there are only a few thousand people living there, but millions of puffins. It’s one of the world’s most significant puffin breeding areas, and you can view them on a boat trip of the archipelago. 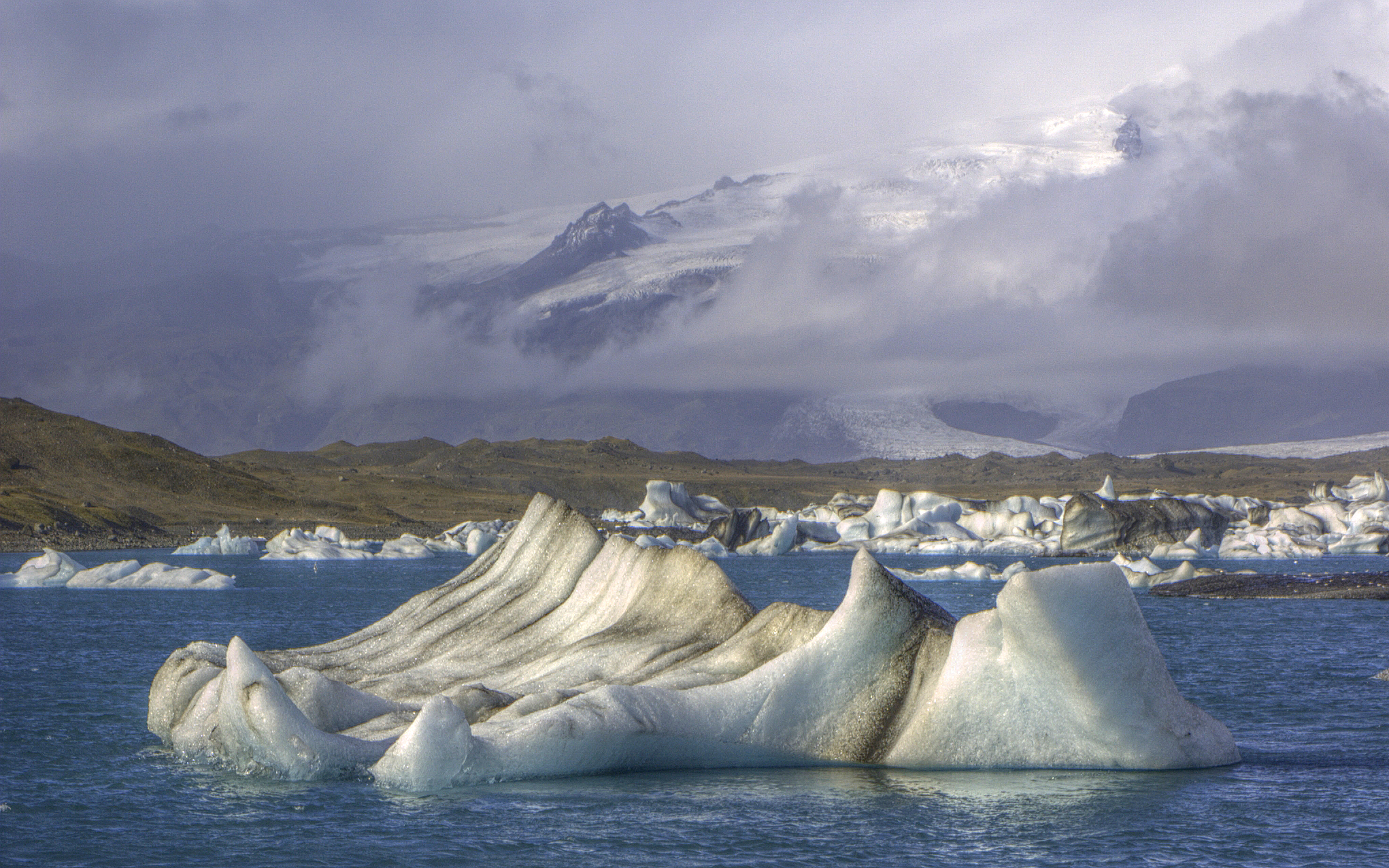 If you’re still unsure what to do in Iceland, head to Jökulsárlón, a renowned lagoon where massive slabs of ice have gathered after floating down from the Vatnajökull Ice Cap before making their way out into the sea.
It’s a bizarre, surreal environment, and the best way to see it is via a boat excursion, which allows you to get up up and personal with the often artistic-looking icebergs. The lagoon has been featured in numerous Hollywood films, but as the ice blocks and ice caps melt, it is progressively vanishing. 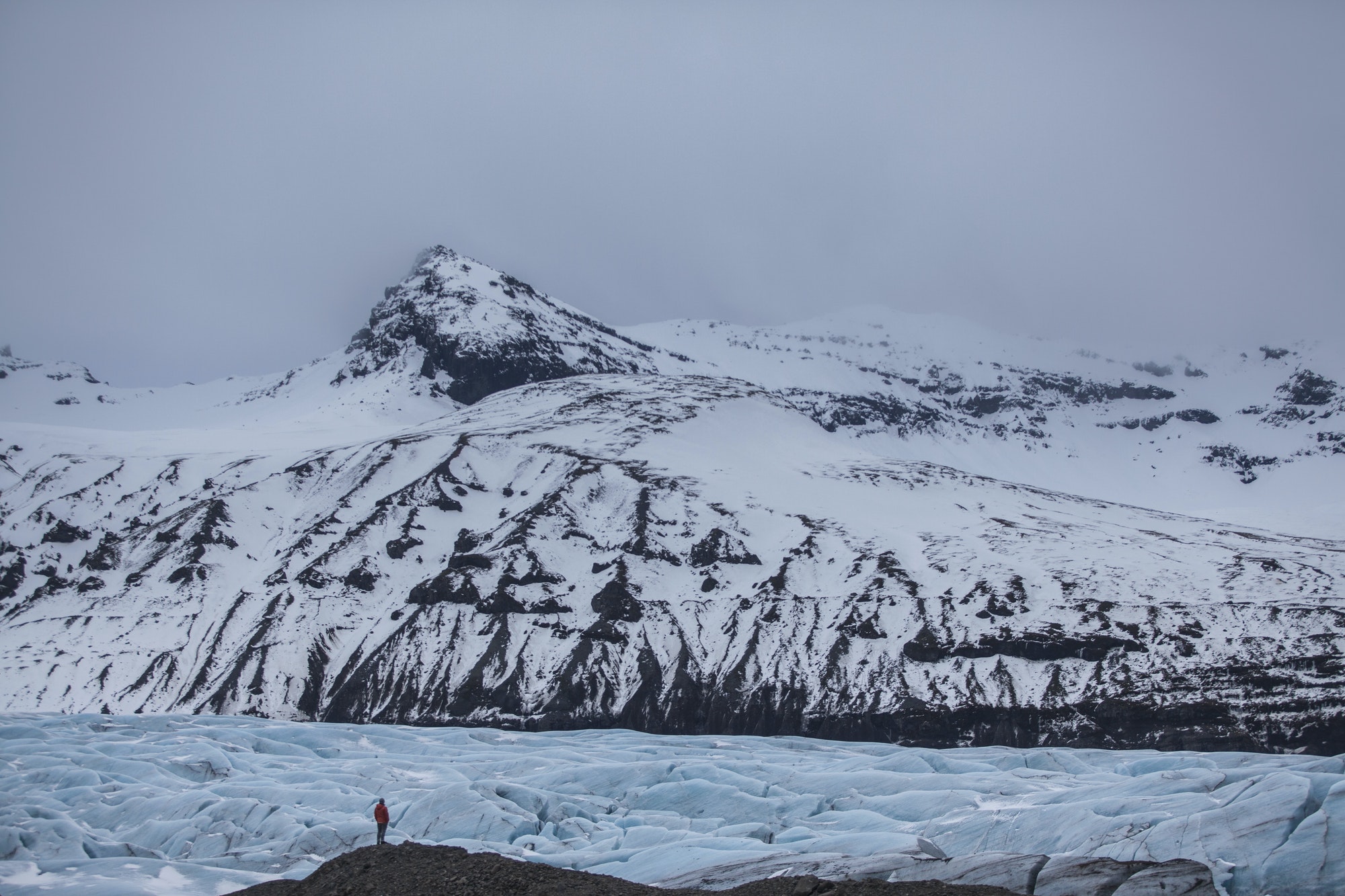 The Skaftafell region is located in Iceland’s southeast and is easily accessible through the Ring Road. The former national park is home to three significant attractions, making it an excellent pit stop for any road journey.

Visit Svartifoss, the Black Waterfall, first. A stunning waterfall cascades over black basalt columns within a short distance from the visitors center. You may also stroll to the edge of Skaftafellsjökull (at least in the summer) or take a guided trip to explore the glacier’s ice caves.

Hvannadalshnjkur, Iceland’s tallest mountain peak, is the most stunning sight. Hvannadalshnjkur, which rises to 2,110 meters (6,922 feet), may be climbed in the summer with the help of an experienced guide. 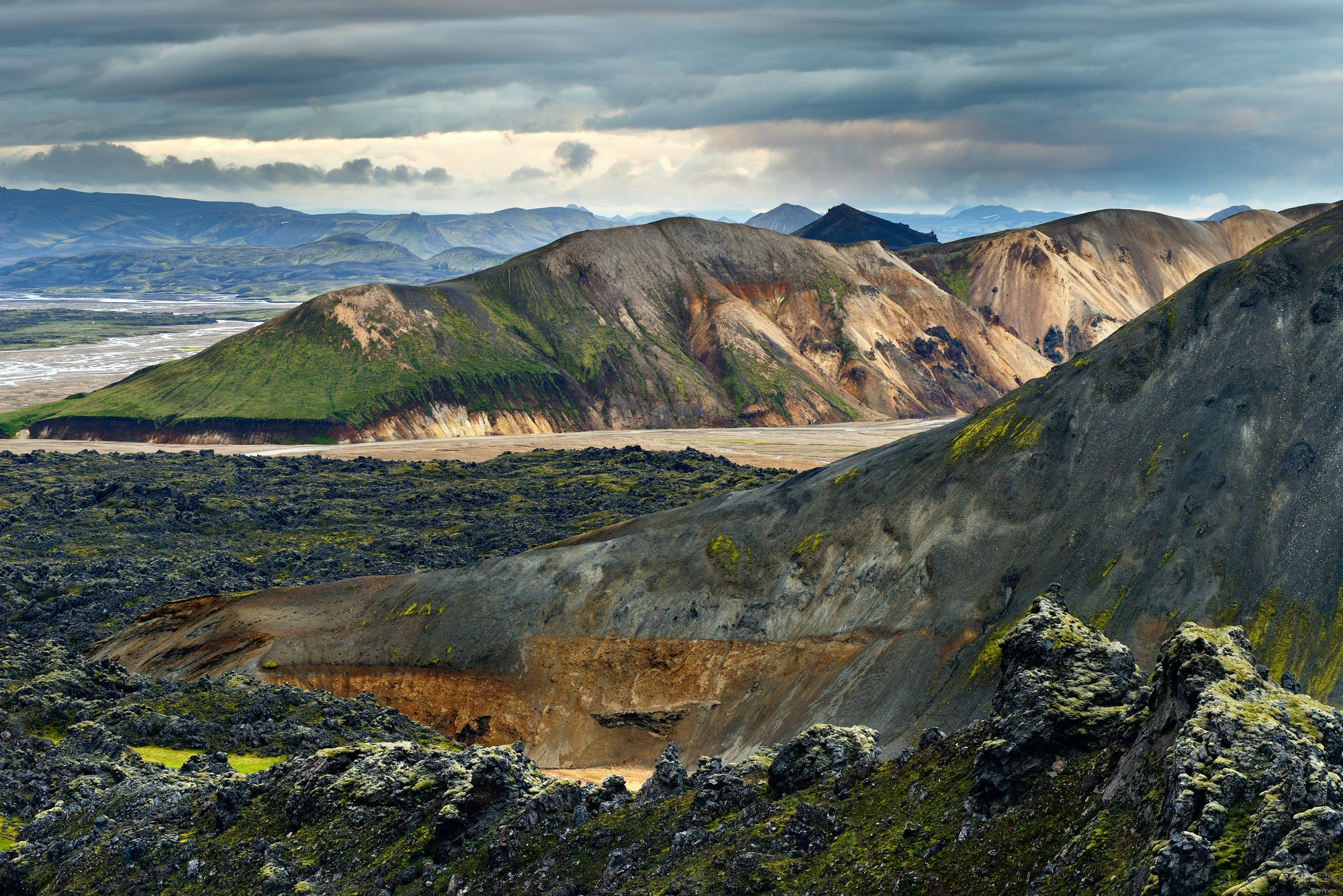 The Icelandic Highlands, which rise up towards the south of the nation, are a large, mostly deserted plateau.

A trip to the Highlands is ideal for anybody wishing to escape off the beaten path since, in comparison to the popular Ring Road, there aren’t as many visitors. Waterfalls, thermal hot springs, and dramatic Icelandic beauty abound in the Highlands region.

Landmannalaugar, an area of geothermal activity marked by hot springs, lofty mountains, and large valleys, is the major attraction. Háifoss is a spectacular waterfall that may be accessed by a similarly spectacular hiking track. It is Iceland’s third highest waterfall, standing at 122 meters (400 feet).

Perhaps because it is the only city in Iceland that is located in the north, Akureyri is the northern capital. This little “city” (population 18,000) is an excellent base for exploring Iceland’s northern reaches, since it is near to Mvatn Lake and whale-watching tours at Hsavk.

It’s also an intriguing site to visit just for the sake of visiting. The old Laufás Turf Houses and the Arctic Botanical Garden, as well as the local museum and a distinctly Icelandic church, are among the few attractions.

If you’re looking for the Northern Lights in Iceland during the winter, this is one of the best spots to go. It’s usually dark, and you’ll have to fly in from the south, but the Northern Lights are virtually always visible just beyond the city limits. 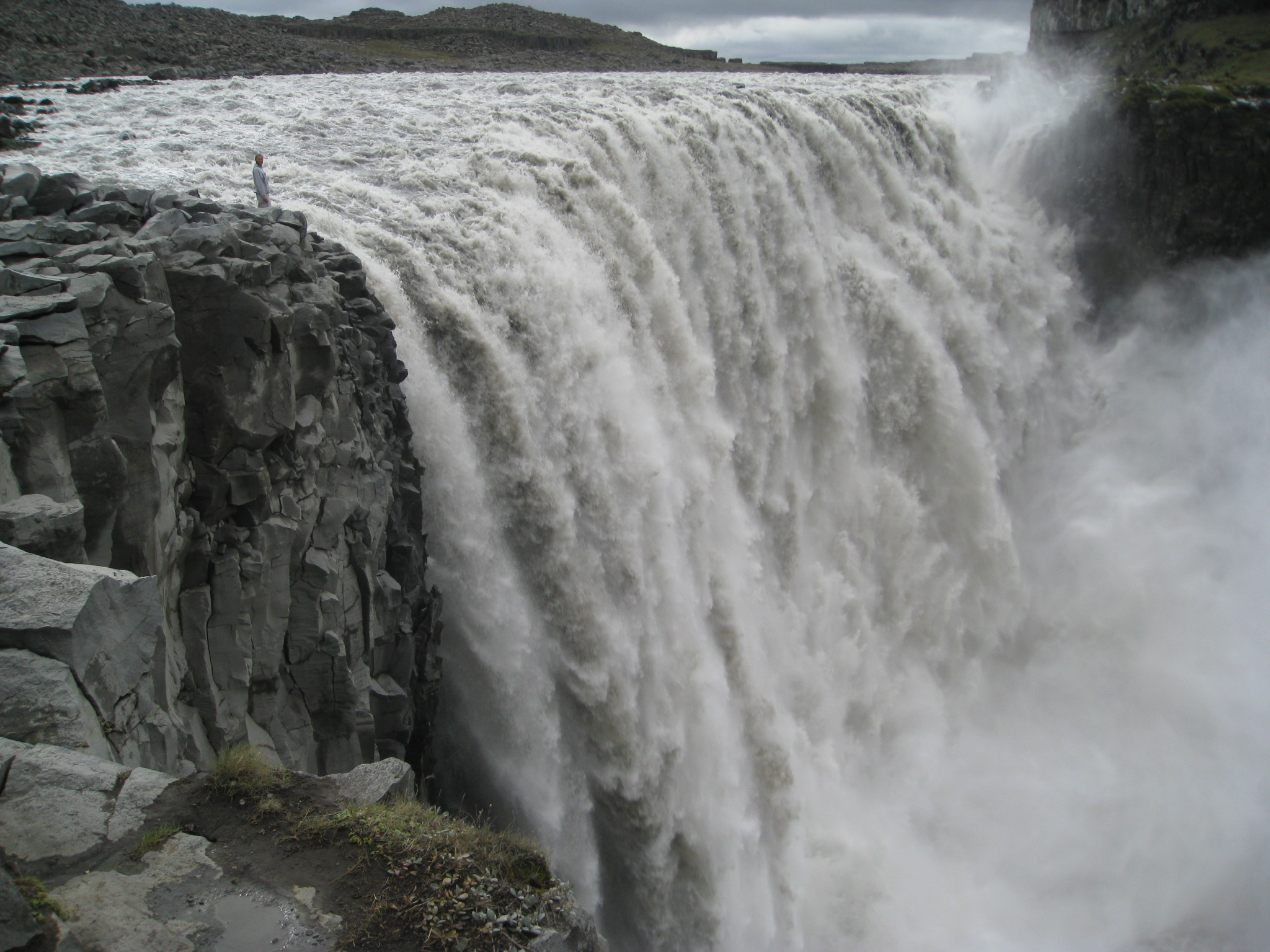 Iceland is famed for its waterfalls, but none are nearly as impressive as Dettifoss, a monstrous waterfall in the extreme north.

The waterfall may be reached by taking a short detour from the famous Ring Road. Dettifoss is awe-inspiring in grandeur, and the amount of water poured over the brink per second makes it Europe’s second most powerful waterfall.

Dettifoss is a 44-meter-high (144-foot-tall) waterfall that, while not the most picturesque, is a stunning example of Iceland’s tremendous natural environment at action. 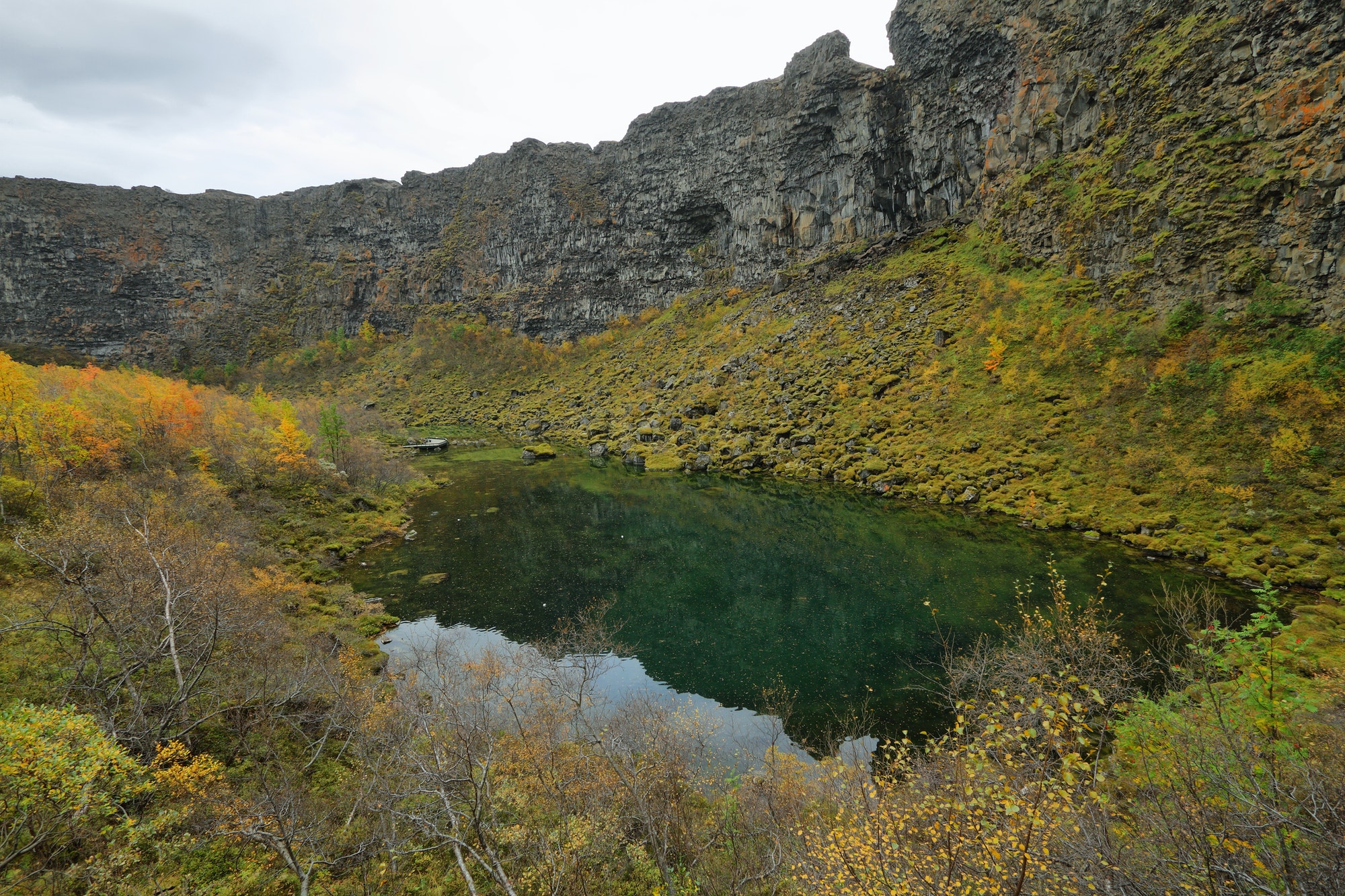 Sbyrgi Canyon, located in Iceland’s extreme north, is one of the country’s most remarkable natural tourist attractions. The heart of this uniquely formed canyon is tinted a vibrant green by the trees and plants that come to life in the summer, and it is three kilometers (just under two miles) long and one kilometer (1,093 yards) broad.

This is one of the few areas in Iceland where trees can be found (the others have long since been cut down), making it a very distinctive stop on any itinerary. The canyon’s steep rocks rise up to 100 meters (328 feet) above the forest, contributing to the eerie atmosphere. 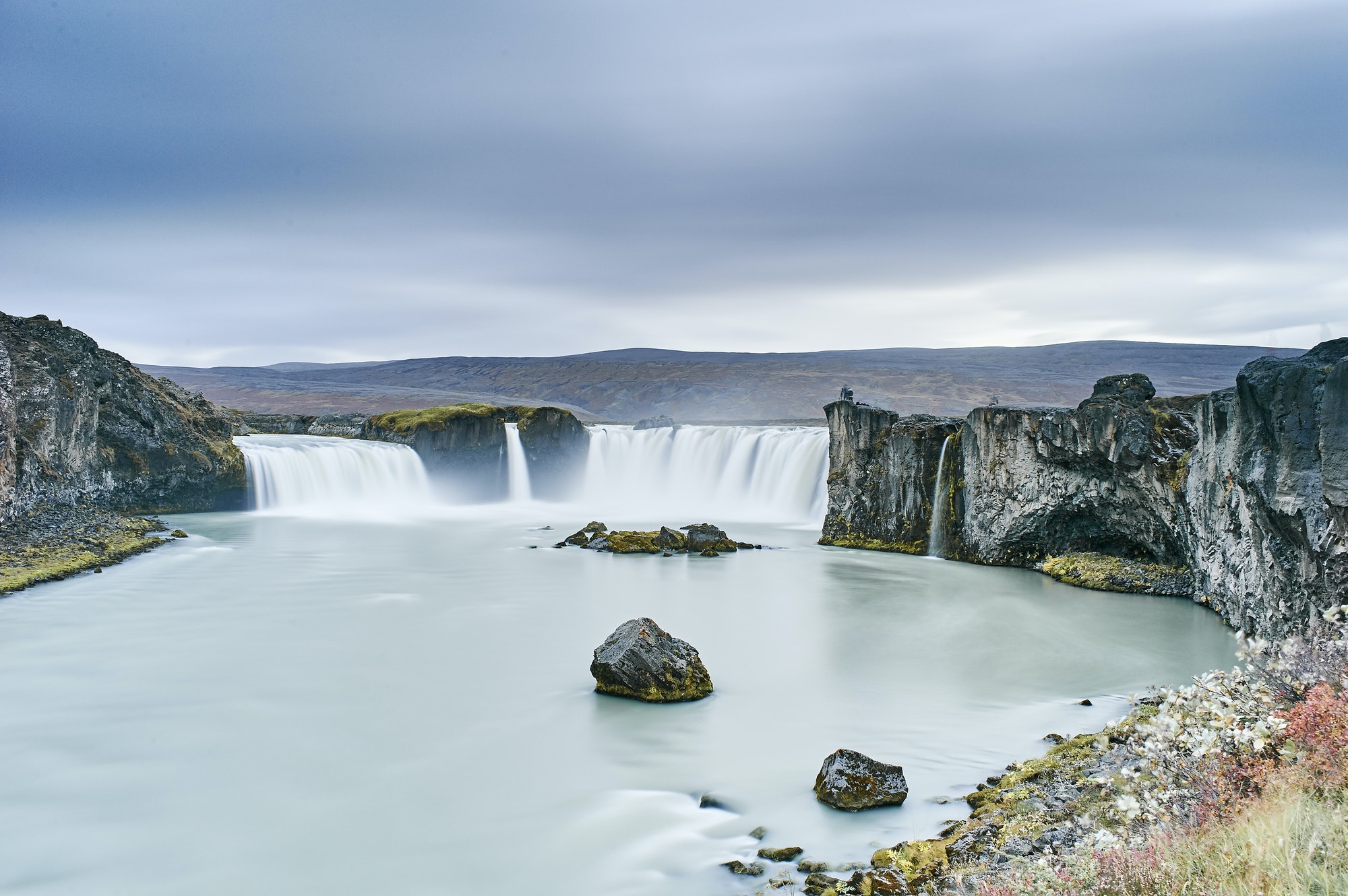 Hsavk, a little village on Iceland’s north coast recognized as the whale-watching capital, needs to be included in the best of Iceland. Hsavk is not far from the Arctic Circle, and the bay’s abundant feeding grounds attract a wide range of whale species throughout the year.

Orcas, blue whales, minke whales, sperm whales, and humpback whales can all be seen at different periods of the year. Porpoises, dolphins, pilot whales, and other marine mammals can also be found.

Before embarking on an unavoidably frigid whale-watching tour out to sea, pay a visit to the Hsavk Whale Museum (a former whale butcher turned educational facility).