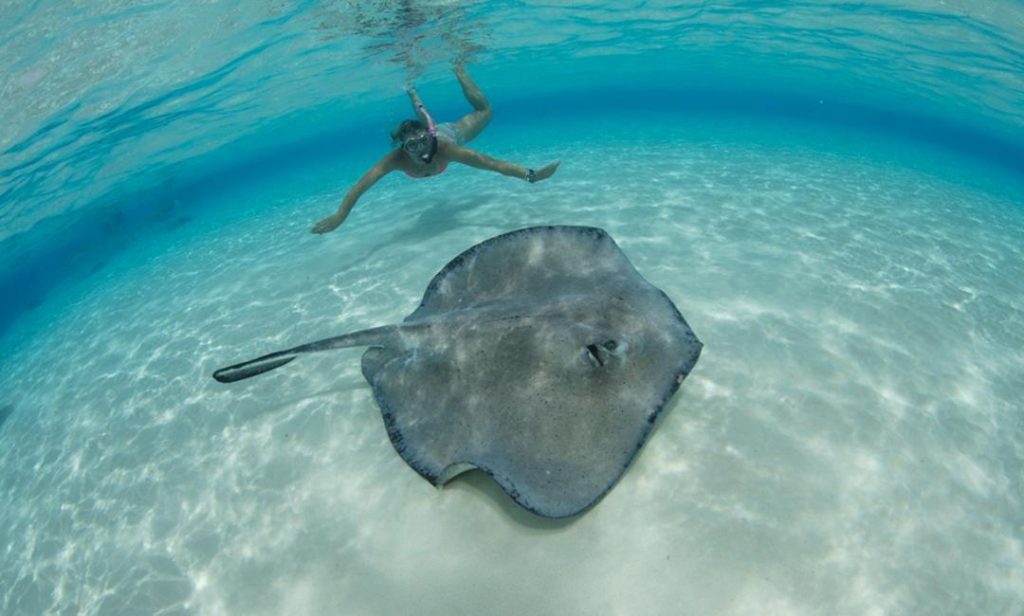 Located in the northwest corner of the Grand Cayman’s North Sound is one of the best Grand Cayman scuba diving sites. Inside a natural channel which goes through the barrier reef is Stingray City, a dive site that has been shown in cruise ship commercials and featured in dive magazines. In this world-famous shallow dive, one can kneel on the sand and feed or pet the stingrays. Even better, these graceful creatures swirl around divers, giving them a fantastic show. This is definitely a wonderful place for taking underwater pictures. 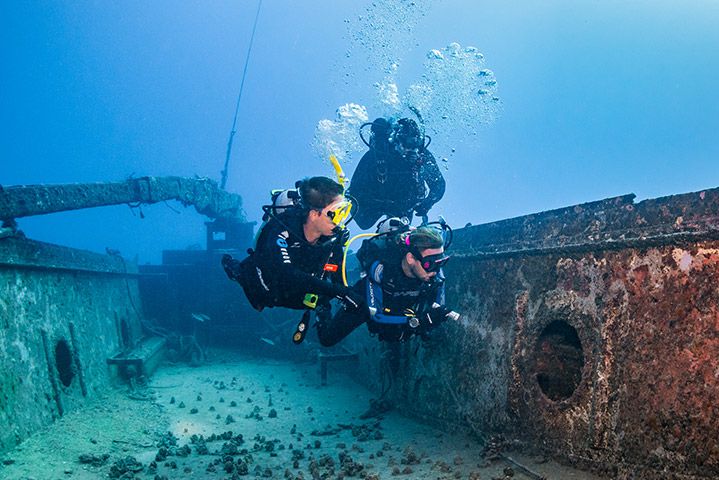 Wrecks can be viewed in some Grand Cayman scuba diving sites. One of the famous wrecks in Grand Cayman is the Oro Verde, an 84-foot steel freighter which was scuttled and sunk by the Caymanian government in May 31, 1980. Since then, this ship has been inhabited by a lot of extraordinary characters like a 300-lb jew fish named George, a six-foot green moray named Kermit and four-foot barracuda named Puff. In this area, some yellow tail snappers and angel fish may also swim by for a bite. 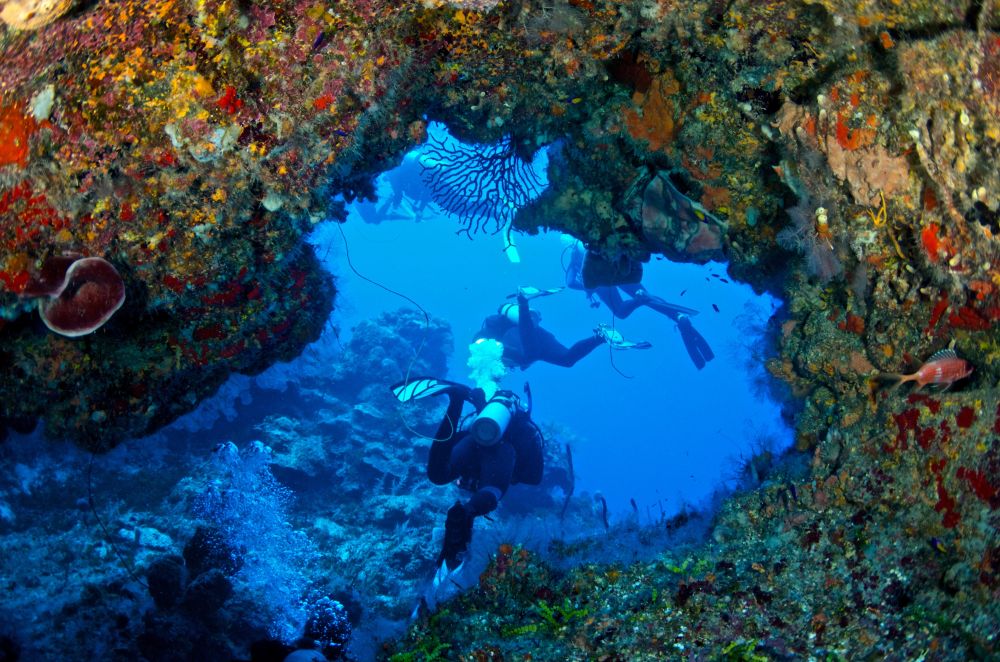 Another must-see Grand Cayman scuba diving site is the big tunnels. The coral formations in the drop off are quite unique. It looks like Neptune himself scratched the area with his trident. With networks of canyons and crevasses, it is a home to the barrel sponge, the black coral, gray angels and eagle rays. The trinity caves are also located in this area. Here, one can see a system of four coral canyons that converge on the surface of a vertical wall. 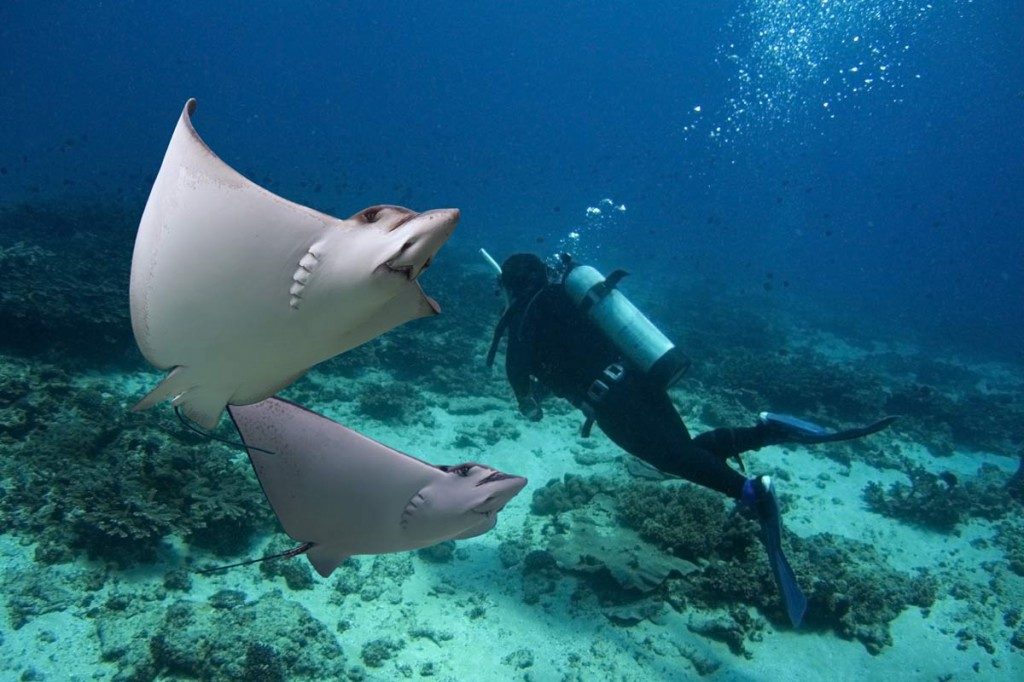 Located in the North Wall, this is another Grand Canyon diving site that one should not miss. Formed by towering coral heads, coral archways and narrow crevices, this pass is a home to a lot of sponges, gorgonian fans and black corals. A lot of Spotted Eagle Rays also swim along the surface of the wall. 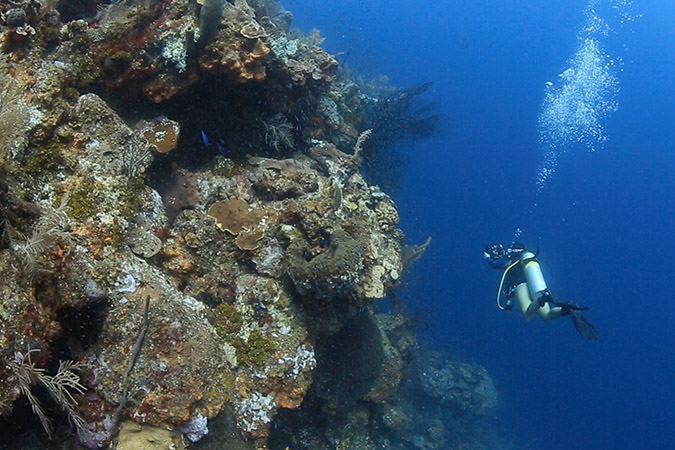 This is the most popular Grand Cayman diving site. It has a large variety of fish and other marine life. Here, divers can enjoy looking at schools of grunts, snappers and angelfish. Another wonderful feature of this site is that the creatures here are quite friendly. Because most of them are not camera-shy, many divers enjoy taking pictures of the fish in this area. Close to this area, a site called Orange Canyon is a great place to visit. Here, one can see tons of orange elephant ear sponges.