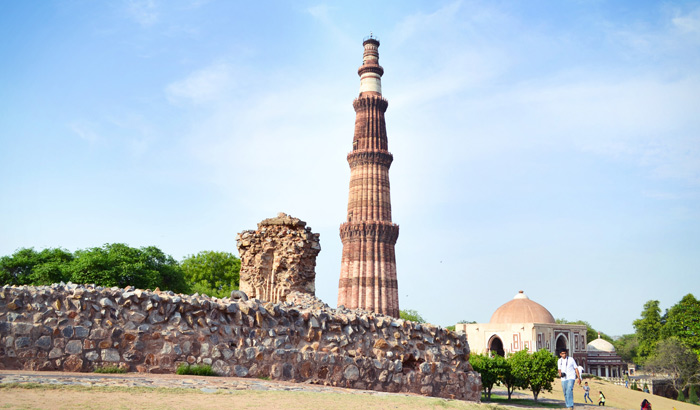 A mammoth minaret (238 feet tall) built from the remains of 27 Hindu and Jain temples during the years 1193–1369, commemorating the victory of Qutab-ud-din over the city’s last Hindu kingdom, Qutub Minar is one of Delhi’s oldest monuments. Decorated with calligraphy representing verses from the Koran, it tapers from a 50-feet diameter at the base to just 8 feet at the top. The first three floors are built with red sandstone, and the upper two with white marble.

In the same complex stands a mysterious Iron Pillar, bearing fourth-century Sanskrit inscriptions from the period of King Chandragupta II, that has intrigued scientists to no end because it has withstood centuries of climatic upheavals and remained rust-free till today. A popular legend says that if you can encircle it with your arms while standing with your back touching it, any wish will be fulfilled. 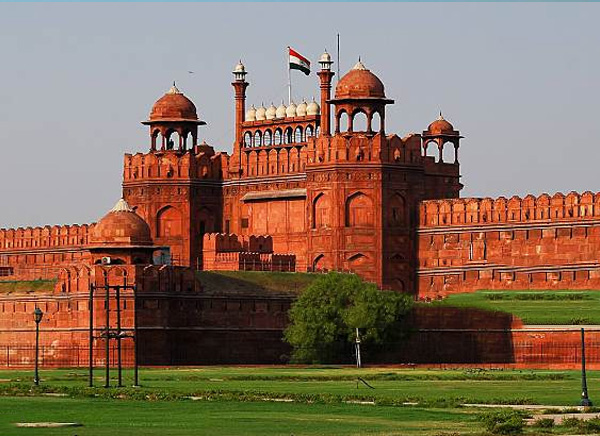 Popularly known as Lal Quila and built by Shah Jahan during the years1618–1647, Red Fort, with its massive sandstone walls and exquisite architecture, is the ultimate reminder of the sheer wealth, splendor and power of the Mughal Empire. There are many must-see places within the fort, resplendent with intricate decoration, with separate rooms and balconies for the womenfolk, swimming pools, and natural air conditioning. It also houses an Archaeological Museum. 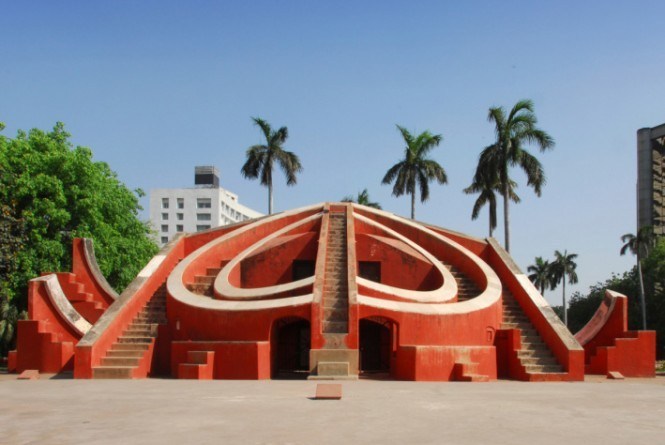 Built in 1724 by Maharaja Sawai Jai Singh II, this esoteric, awe-inspiring salmon-colored stone-and-brick structure is an observatory used by the king for measuring time and calculating the positions of the stars and planets, and for prediction of eclipses. It houses multiple buildings with unique architectural combinations of geometrical forms, each meant for a specialized purpose of astronomical measurement. 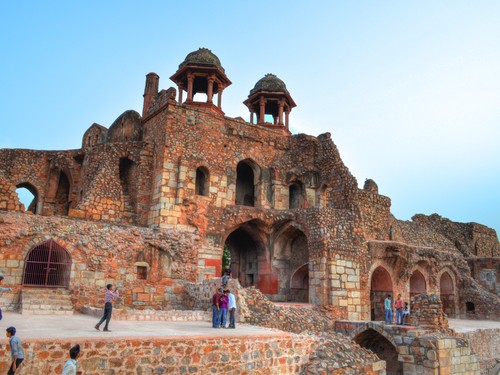 Believed to have been built on the ruins of the ancient original city of Delhi (Indraprastha, founded in 3rd or 4th century B.C.), by the Afghan ruler Sher Shah during the years 1538–1545, the Old Fort with its massive walls and three imposing gateways gives a fair idea of its lost grandeur. It houses a small octagonal red sandstone tower, used by King Humayun as a library, the Qila-i-Kuhran Mosque, and a small archaeological museum. 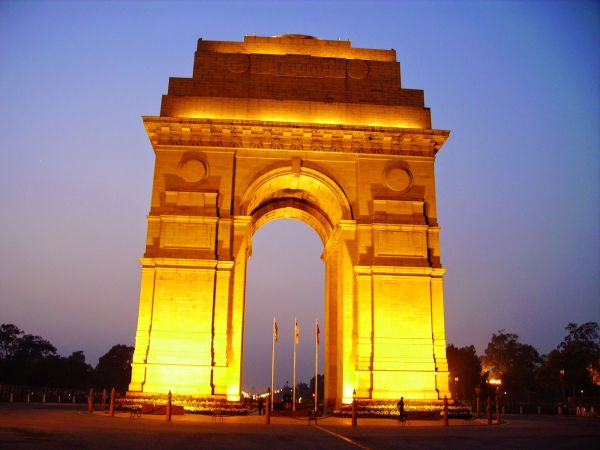 Built in sandstone, India Gate is a war memorial to commemorate the sacrifice of Indian soldiers during World War I. The sheer grandeur of the architecture of the neighboring Parliament House and Rashtrapati Bhawan must not be missed, either.