The United Arab Emirates welcomes millions of visitors each year with a fantastic, diverse range of hotel options, and recently announced ambitious plans to make Dubai the No. 1 tourist destination in the world by 2025. From hotels located in the world’s tallest building, Burj Khalifa, to desert camps, there’s something to fit everyone’s taste and budget. 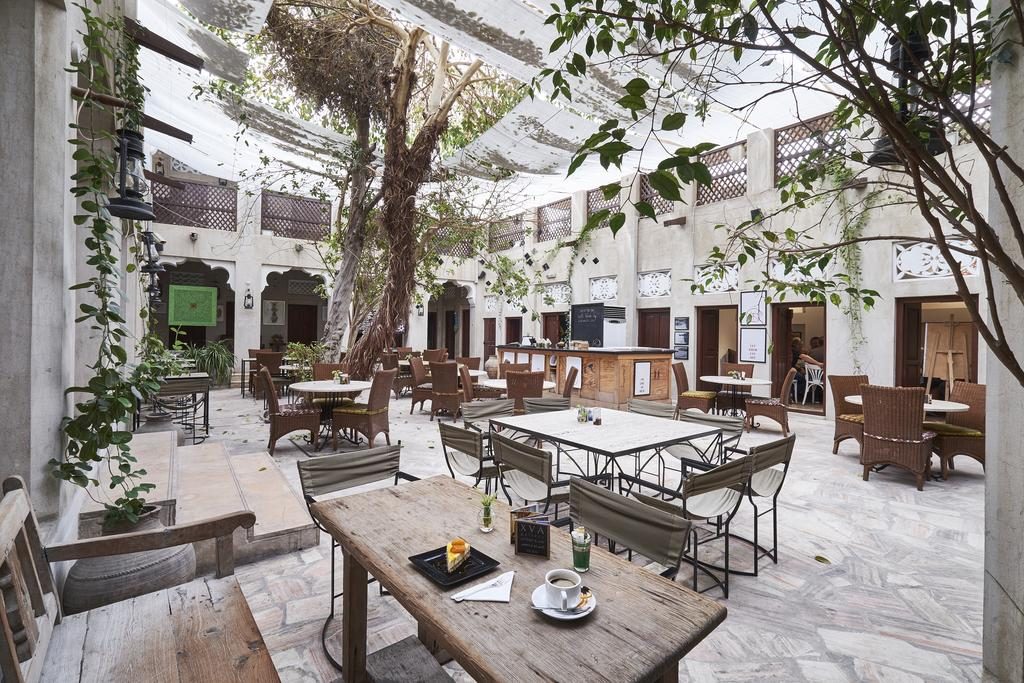 If history, architecture and art got married, their baby would be this beautiful boutique hotel in Dubai. Located in the historical Al Fahidi district, the oldest community in Dubai, each room is designed by different designers and artists with themes such as “henna tattoo.” In addition, the hotel is affiliated with an art gallery of the same name that happens to be one of the leading art galleries in the region, showcasing the work of contemporary Middle Eastern artists. 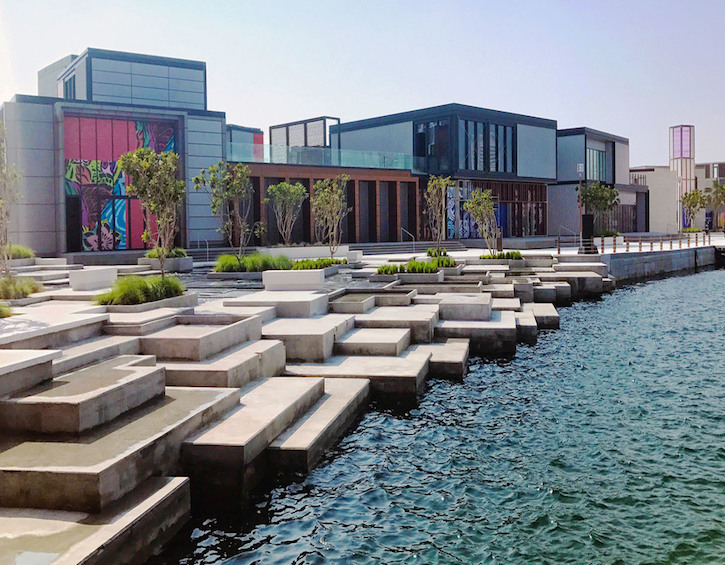 This hotel is only a five-minute car journey away from XVA Art Hotel and a popular spot for locals to send visitors. You’ll still get the traditional, local neighborhood feel here but with a quirkier touch and more affordable rates. Set on Dubai’s creek — historically one of Dubai’s strategic trade hubs — Zaabeel House has 200 rooms with a smart focus on design, and a modern, millennial vibe. 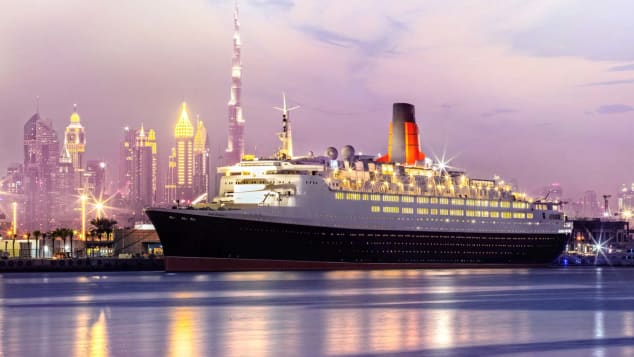 During its sailing career, the QE2 or Queen Elizabeth 2 was popular among the celebrity crowds. The celebrated ship may have been built in England, but now it’s permanently docked in Dubai’s Mina Rashid, a man-made commercial port. Building on its legacy as a former cruise ship, the QE2 offers myriad dining and entertainment options. It’s a good choice for tentative cruise-goers, wary of how they’d handle a true sea voyage. 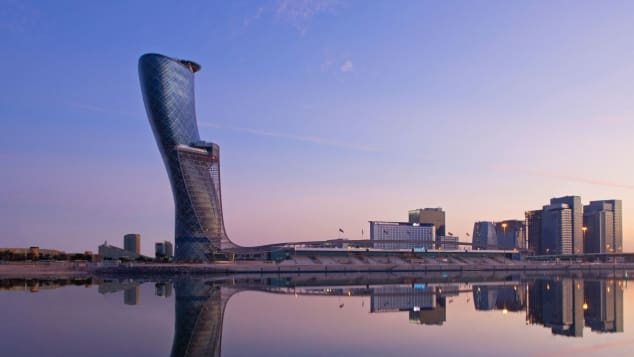 Just an hour away from Dubai is Abu Dhabi, the UAE’s capital city, which offers equally impressive hotel stays. If you have a penchant for staying in record-breaking properties, then Andaz Hotel – located in Capital Gate in the world’s farthest-leaning man-made tower, the Andaz offers panoramic city views. It’s near many of the city’s main attractions, such as Sheikh Zayed Grand Mosque and Ferrari World. 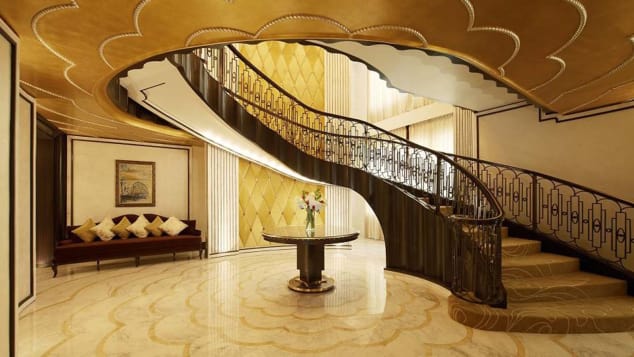 The St. Regis in Abu Dhabi is the place for ultimate luxury and a truly otherworldly hotel experience, if you have money to burn with a starting price of $11,978 per night. The 11,600-square-foot two-story suite is suspended more than 220 meters in the air between two towers, making it the highest suspended suite in the world; not exactly ideal for those who fear heights, but exhilarating for those who don’t mind them. 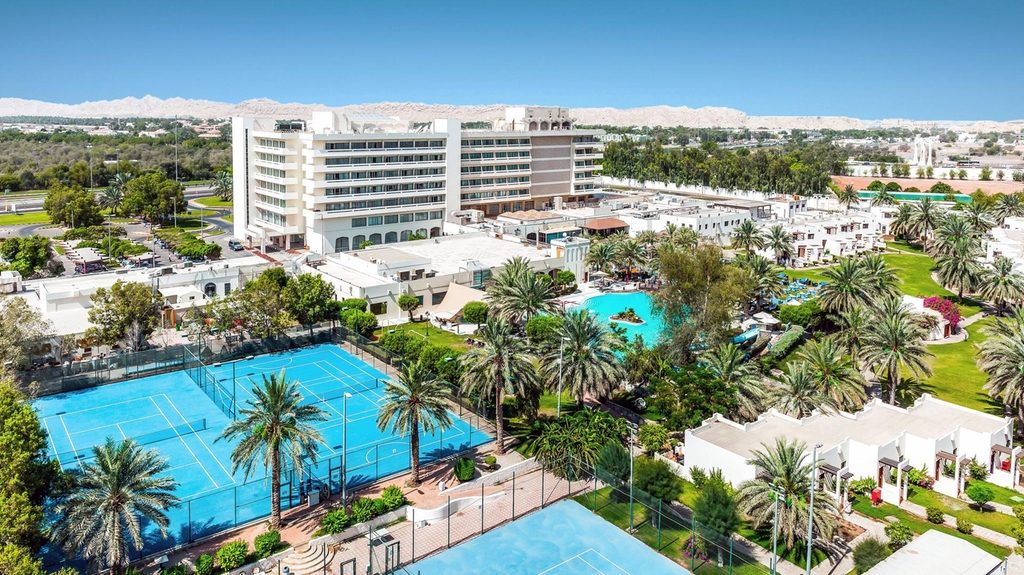 A stay at the recently renamed Radisson Blu Hotel & Resort means staying in the oldest hotel in the country. Some rooms boast views of one of the highest peaks in the United Arab Emirates. Formerly named the Hilton Al Ain, this structure is older than the country itself. Since the UAE doesn’t exactly have a plethora of historical hotels like you’ll find in Europe or the United States (December 1971 marks the union of the country; the Hilton opened in March of that same year), this property promises a unique stay as the oldest hotel in the country.